Love the Cover, Want the Book

I've been wanting to do more posts about book covers that I like. It seems like when an author does a cover reveal though, my reader is inundated with blogs that post the cover. I don't think there's anything wrong with showing appreciation through a cover reveal, but I always think, If I post a cover reveal, is anyone really paying attention? Does my post just end up lost in a sea of identical posts?

Anyway, I usually talk myself out of it, but there is a pretty big crop of book covers that I have seen lately that have caught my eye. And, not just the covers. Sure, that's the first thing a reader sees, and it can make an impact. But, these books all have striking covers for me, as well as, really intriguing blurbs.

And so, I decided to bring out: Love the Cover, Want the Book

In a world where magic is real and the supernatural is almost normal, bodyguard Celia Graves has survived a vampire attack which made her a half-vampire and awakened her latent Siren abilities. She’s battled a Siren Queen to the death and twice faced down a demon that wants to kill her--slowly. She’s also had her heart broken--twice--by her old flame, magician Bruno DeLuca.

Perhaps the worst thing was the discovery that Celia’s life has been warped by a curse laid on her during childhood--the cause of everything from the death of her little sister to the murder of her best friend the same night that Celia became an Abomination.

An ancient rift between the demonic dimension and our own--sealed during the destruction of Atlantis--begins to open, threatening to loose all the demons of hell on humanity...

After 499 years of existence, Connor Buchanan has arrived at an inescapable conclusion: he is a cold-hearted SOB. He's been watching his friends—those poor romantic fools—plummet off the cliff into love like a dazed herd of sheep. But not Connor. He knows that love leads to nothing but heartache.

Until Marielle . . .
She is an angel cast down from heaven for disobedience. Trapped in mortal form, she finds a protector in Connor, a Scottish vampire haunted by a dark past. Marielle hopes to heal his broken heart and earn her way back home, but suddenly she has these . . . feelings. This strange yet pleasant physical yearning—for a vampire! Is this the work of a demon luring her into hell, or has this angel found heavenly bliss?

Can an accountant defeat a supervillain? Celia West, only daughter of the heroic leaders of the superpowered Olympiad, has spent the past few years estranged from her parents and their high-powered lifestyle. She’s had enough of masks and heroics, and wants only to live her own quiet life out from under the shadow of West Plaza and her rich and famous parents.

Then she is called into her boss’ office and told that as the city’s top forensic accountant, Celia is the best chance the prosecution has to catch notorious supervillain the Destructor for tax fraud. In the course of the trial, Celia’s troubled past comes to light and family secrets are revealed as the rift between Celia and her parents grows deeper. Cut off from friends and family, Celia must come to terms with the fact that she might just be Commerce City’s only hope.

DIE FOR ME is the first of three books about Kate, a sixteen-year-old American who moves to Paris after the death of her parents. She finds herself falling for Vincent, who she discovers is not the typical French teenager he appears: he is something else entirely.

DIE FOR ME presents a new supernatural mythology presented in a city where dreams are sometimes the same as reality.

After a month spent recovering from a vicious fight with a sorcerer, grave witch Alex Craft is ready to get back to solving murders by raising the dead. With her love life in turmoil thanks to the disappearance of Fae Investigation Bureau agent Falin Andrews and a shocking “L” word confession from Death himself, Alex is eager for the distractions of work. But her new case turns out to be a deadly challenge.

The police hire Alex to consult on a particularly strange investigation in the nature preserve south of Nekros City. The strange part: There are no corpses, only fragments of them. A serial killer is potentially on the loose, and Alex has no way to raise a shade without a body, so she’ll have to rely on the magic of others to find leads... 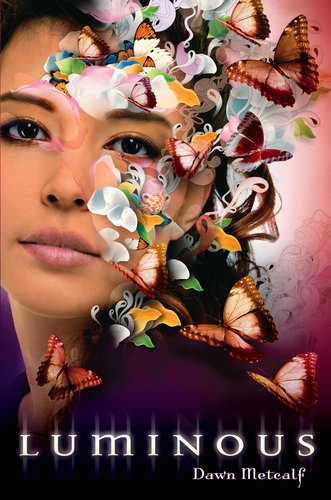 As reality slips and time stands still, Consuela finds herself thrust into the world of the Flow. Removed from all she loves into this shifting world overlapping our own, Consuela quickly discovers she has the power to step out of her earthly skin and cloak herself in new ones-skins made from the world around her, crafted from water, fire, air. She is joined by other teens with extraordinary abilities, bound together to safeguard a world they can affect, but where they no longer belong.

When murder threatens to undo the Flow, the Watcher charges Consuela and elusive, attractive V to stop the killer. But the psychopath who threatens her new world may also hold the only key to Consuela's way home.

Cas Lowood has inherited an unusual vocation: He kills the dead.

So did his father before him, until his gruesome murder by a ghost he sought to kill. Now, armed with his father's mysterious and deadly athame, Cas travels the country with his kitchen-witch mother and their spirit-sniffing cat. Together they follow legends and local lore, trying to keep up with the murderous dead—keeping pesky things like the future and friends at bay.

When they arrive in a new town in search of a ghost the locals call Anna Dressed in Blood, Cas doesn't expect anything outside of the ordinary: move, hunt, kill. What he finds instead is a girl entangled in curses and rage, a ghost like he's never faced before. She still wears the dress she wore on the day of her brutal murder in 1958: once white, but now stained red and dripping blood. Since her death, Anna has killed any and every person who has dared to step into the deserted Victorian she used to call home.

A move to Ireland is about to introduce Megan to her destiny, her real destiny, can she embrace it and will she survive it?

A tragedy in Megan’s past set her on a predetermined course. A chain of events has been set in motion that brings Megan to Kinsale, a small town in the south of Ireland where her destiny awaits her. Her life starts to fall into place as she makes new friends and settles into her new school. However, the reclusive and distant Adam DeRís calls to her body and soul.

She finds herself increasingly drawn to Adam and his strange family. Adam knows a secret from her past and he and his family hold the key to her future...

Shattered Souls, a dark and dangerous forbidden love story about a Speaker who helps lingering ghosts pass to the spirit world and the Protector who has pledged to serve her.

What do you think? Are these books on your wishlist, too?
Posted by Lillie (AliseOnLife)