It's the final round of the Blog Tour de Force's author-on-author cage match! What two authors will go on to face each other head-to-head in the championship? Do you have no idea what I'm talking about? Check out the Blog Tour de Force website sponsored by the Indie Book Collective for all the details.

Basically a group of professional independent authors have come together to showcase their latest work, but it's not just about selling their books. In fact, the reader wins this time around with free amazon e-book offers, and the big fish, a chance at a Kindle e-reader.

This time around Ann Charles and her Nearly Departed In Deadwood faces off against Gary Ponzo and his A Touch of Deceit. (Click the titles to go to the Goodreads page.)


I've had a chance to read NEARLY DEPARTED IN DEADWOOD. What did I think of it? 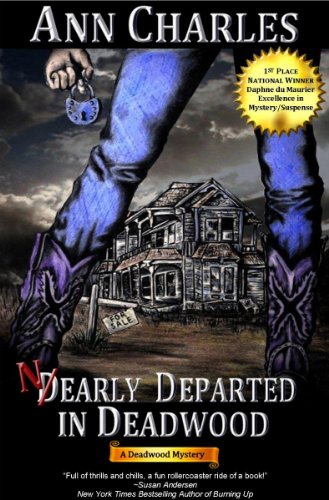 First a blurb: Little girls are vanishing from Deadwood, South Dakota. Fearing her daughter might be next, single mom, Violet Parker, is desperate to find the monster behind the abductions.

With her savings dwindling and just three weeks left to sell her first house or lose her Realtor job, Violet is ecstatic when a handsome jeweler hires her to sell his century-old, Victorian masterpiece … until she sees the dilapidated dwelling. Now, if she could just convince her only buyer to stop rejecting vintage homes as if they’re haunted.

Short on time and long on worry, she refuses to give up her dream of a fresh start in Deadwood. But with a malicious coworker trying to get her fired, a secret admirer sending her creepy messages, and a sexy stranger hiding skeletons in his closet, will Violet end up as one of Deadwood’s dearly departed?

My Thoughts:
This book is an irreverent mix of contemporary lit and mystery, that struck just the right tone with my sense of humor, as well as my thirst for a good story. My attention was captured from page one, and I enjoyed the foray into Violet's life, especially how Charles' thrusts the reader into the misfortune of Violet's employment situation, but establishes immediately that Violet is not going to be a woe-is-me type of character.

In fact, Violet is a fantastic character, and I loved her sassy attitude, as well as her protective mother instincts, and her quest to sell a house to keep her job. Throw in the mystery of missing children that she finds herself embroiled in, and NEARLY DEPARTED IN DEADWOOD, has a little bit of something for everyone, while still delivering a satisfyingly good plot that doesn't meander or lose its readers.

I give it four stars, and I'll definitely be reading more from this author. 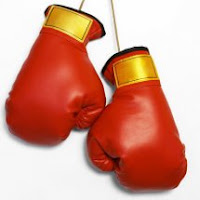 So, there you go. But, just to even the sides here at Read My Mind, I've also got a little something from Gary Ponzo, in the other corner. I asked him about how he came to be an indie author, and his involvement with the Indie Book Collective that sponsors Blog Tour de Force Cage Match.


LIFE AS AN INDEPENDENT WRITER
by Gary Ponzo
About a year ago I was offered a publishing deal with a print publisher.  The deal didn't offer any advance or any marketing money, but it was an offer to have my book published and I should've been thrilled.  I was, until I heard the details.  First of all, this was a hardcover publisher only and they sold their books for $27.95, no exceptions.  I felt uncomfortable asking my mother to spend 30 bucks on my book, nevermind complete strangers.  Then when I asked people in the industry how many copies I'd expect to sell at that price the answer was a resounding, not many.  Maybe 500-800 for a first-timer.
Around that same time I had a literary agent, Robert Brown, who's a prince of a man, suggest I try publishing the book as an ebook on Amazon.  He told me to charge 1 or 2 bucks and get a lot of readers to try it out.  He thought the book was strong enough to attract many fans.  After all it had won the Southwest Writers Contest, Thriller category.  So I went into this indie publishing thing very reluctantly.  The question was, "Did I want readers, or did I want to tell my writing friends I had a traditional publishing deal?"  The fact was, I wanted readers.
Now's where I come out of the closet, so to speak.  I'm not J.A. Konrath, so I'm not comfortable talking numbers like he is, but it's time to reveal whether this indie thing had been worth it.  Last June when I placed my novel, "A Touch of Deceit," on Amazon as a Kindle book for $1.99 I sold 35 the first month, mostly to friends and family.  Then 48 the following month.  I felt my decision might have been a faulty one.  Then something happened around September, I began receiving solid reviews from big name blogs and they were posting their comments on Facebook and Twitter.  Then word of mouth spread and in December I'd sold over 800 copies.  It was thrilling to see the support I'd received from so many readers and reviewers.  Finally last month alone I sold over 1400 copies of the book and surpassed the 5000 mark overall. 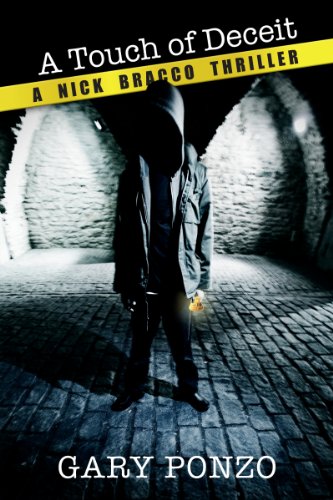 It's been a long road, but the future appears bright.  With the sequel, "A Touch of Revenge," coming out next month, I've decided to lower my price even further to .99 cents.  This upsets my mother to no end, since she knows how many years it took me to write and publish etc. . . But this project has always been a long term one and right now it's all about readers and exposure.  Is this the choice all writers should make if they're trying to break into the business?  Absolutely not.  The traditional method is certainly valid and should be given serious consideration.  Am I happy with my decision?  Yes.  I've gotten so much enjoyment hearing from readers who really appreciate my skills and it's humbling to be able to communicate with them in this socially active society we're now in.  Besides, think of how many trees I've saved doing it this way.
I'd discovered IBC and the Blog Tour de Force through Rachel Thompson via Twitter. She contacted me with the info and it sounded like fun. I also know Jessica Subject who has participated before and had fun doing it, so I knew it was run by quality people.
My political thriller, "A Touch of Deceit," is about FBI agent Nick Bracco who recruits his cousin, Tommy, to track down a Kurdish terrorist. Tommy, however, is in the Mafia. Oops.

Interested in checking out these two books? See Ann Charles' post or Gary Ponzo's blog. Just by commenting, you automatically win a copy of their e-book. And, every comment that you do make, gains you an entry into the grand prize for the Kindle.

The authors are competing to see who can get the most comments during the cage match. Do you love a good mystery with a sense of humor? Or is a political thriller that you prefer? Support your choice today, and come away with new books to add to your e-reader.

If you're stuck reading e-books on your computer, you know you want that Kindle!
Posted by Lillie (AliseOnLife)