Read My Mind is breaking its summer hiatus to join in on another great Entangled Publishing cover reveal. This one's for CONJURE by Lea Nolan, the first in a new YA fantasy series. 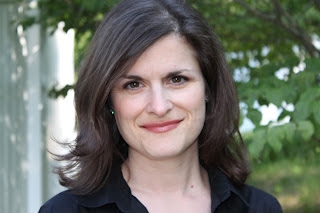 Believe it or not, I couldn’t read until I was in the third grade. After a lot of hard work I finally got the hang of it, and quickly learned the best way to get out of doing chores was to tell my parents I was reading. Soon I was hooked, devouring books by Roald Dahl, E.B. White, Judy Blume, C.S. Lewis, and anything I could find with a shiny Newberry Award sticker on the cover. Books provided a portal to enchanted lands where anything was possible and characters relied on their wits to wiggle out of sticky situations. Today, even though I'm all grown up, I write the kinds of stories I sought as a teen -- smart paranormals with bright heroines, crazy-hot heroes, diabolical plot twists, plus a dose of magic, a draft of romance, and a sprinkle of history. I've got an undergraduate degree in history and a master's in public policy and women's studies, which believe it or not help a lot in my fiction writing. I live in Maryland with my heroically supportive husband and three clever children, who’ve figured out how to get out of doing their chores.
Website | Twitter | GoodReads | Facebook
Alongside the cover reveal, Lea is also giving away 5 (five!) digital copies of CONJURE to anyone who visits one of the blogs hosting and enters via rafflecopter. Thanks to Lea!


Blurb:
Be careful what you search for...
Emma Guthrie expects this summer to be like any other in the South Carolina Lowcountry--hot and steamy with plenty of beach time alongside her best friend and secret crush, Cooper Beaumont, and Emma’s ever-present twin brother, Jack. But then a mysterious eighteenth-century message in a bottle surfaces, revealing a hidden pirate bounty. Lured by the adventure, the trio discovers the treasure and unwittingly unleashes an ancient Gullah curse that attacks Jack with the wicked flesh-eating Creep and promises to steal Cooper’s soul on his approaching sixteenth birthday.
When a strange girl appears, bent on revenge; demon dogs become a threat; and Jack turns into a walking skeleton; Emma has no choice but to learn hoodoo magic to undo the hex, all before summer—and her friends--are lost forever.
Coming September 2012, ENTANGLED PUBLISHING
GoodReads 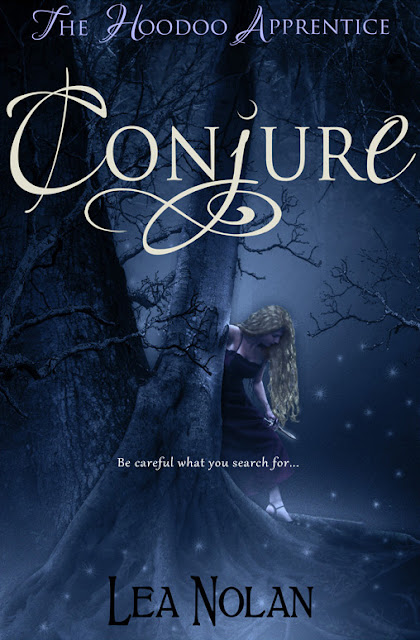 
I like how the blue hints at so many different shades, from navy to almost purple, while still seeming continuous. This cover is as magical and mysterious as the title and blurb hint at.
Thoughts??
Posted by Lillie (AliseOnLife)