Blurb:
Leader of the most powerful army in the heavens, Zacharel has been deemed nearly too dangerous, too ruthless—and if he isn't careful, he'll lose his wings. But this warrior with a heart of ice will not be deterred from his missions at any cost…until a vulnerable human tempts him with a carnal pleasure he's never known before.Accused of a crime she did not commit, Annabelle Miller has spent four years in an institution for the criminally insane. Demons track her every move, and their king will stop at nothing to have her. Zacharel is her only hope for survival, but is the brutal angel with a touch as hot as hell her salvation—or her ultimate damnation?


I Say:
So right up front, I will admit that WICKED NIGHTS is the first Gena Showalter book that I’ve read. I’ve seen her books in the bookstore (who could miss those covers!) and I’ve even heard accolades from other readers and bloggers who like the same darker paranormal romance/urban fantasy novels that I like. But, I just never picked up one of her books before. After reading WICKED NIGHTS, I realize that I’ve been missing out.

Annabelle Miller has suffered for years at an institution for the criminally insane, all because she can see the demons that hunt her. She’s been brutalized and abandoned by those she thought she could trust, but Annabelle has not been broken in the four years she’s lived in virtual hell. Zacharel is on the cusp; leader of a powerful angelic army, he’s still in danger of losing his wings when Annabelle catches his attention. WICKED NIGHTS is a very dark and sensual novel about a ruthless angel and a vulnerable, but not spineless woman.

There were so many little touches in the novel that made me like it more with every page turn. Zacharel is painted as ruthless and possibly even brutal (though his class of angels are warriors), but Showalter gives a peek here and there of his heart. He truly cares about the redemption of his men. The scenes that involve Zacharel and Annabelle have just the right touch of sexual tension and heightened awareness. He is a protector, a warrior, and a man. Showalter gives equal time to all of these parts of his character.

WICKED NIGHTS opens pretty early with some of the explicit torture and degradation that Annabelle had to endure while at the institution. Instead of being off-putting, Showalter does a good job expressing how this has affected Annabelle. She is just as strong, maybe even stronger for her experience. As I said before, this woman has never been broken, despite her suffering. I absolutely loved this novel. It was gritty and wrenching; a total page-turner from start to finish.
Find the Book:
Barnes and Noble | Harlequin | Amazon | Audible | Add to GoodReads 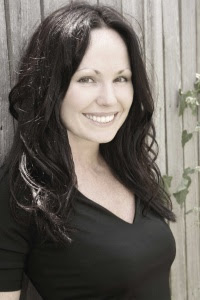 About The Author:
Gena Showalter is the New York Times and USA Today best selling author of the White Rabbit Chronicles, Otherworld Assassins, Angels of the Dark, Lords of the Underworld, and several of other series. She has written over thirty novels and novellas. Her books have appeared in Cosmopolitan and Seventeen magazine, and have been translated in multiple languages.
Website | GoodReads


This book was provided by Littlebird Publicity, in exchange for my honest review only
Posted by Lillie (AliseOnLife)