Spotlight On: The Piper Anderson Series by Danielle Stewart

I've got a series spotlight here today; Danielle Stewart's THE PIPER ANDERSON series. These books sound like the perfect combination of romance and suspense. Check out more about the author, and note that the first book in the series, CHASING JUSTICE is currently FREE! 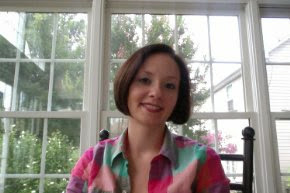 About The Author:
Writing is a way to make a lot of different people do exactly what you want them to do. When I can’t get my toddler to listen to me, I turn to my characters. They always cooperate!

I currently live in Charlotte, North Carolina with my husband and three year old son. I have perfected the ability to write in a noisy house and create story lines while folding laundry.

Chasing Justice is book one in my Piper Anderson Series. It follows the evolution of a woman who feels unworthy of love and introduces a colorful and endearing cast of characters who are hellbent on proving her wrong. Due to be released in May 2013 with additional books to follow closely behind.

I love hearing from my readers and always answers all of my email personally. Join my mailing list for updates on contests and new book releases! 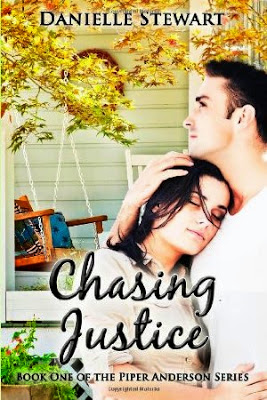 Chasing Justice:
Piper Anderson has been given a fresh start in the picturesque town of Edenville, North Carolina. But her plans of settling into a normal life are derailed when she witnesses a prominent judge in her community committing a violent assault. Running from her own past and fueled by a passion to make the judge answer for his crimes, Piper is forced to decide if she’ll play by the rules or achieve justice in her own way.

Complicating things further, Piper finds herself fighting a powerful attraction to rookie cop, Bobby Wright. Although she’s increasingly enamored with Bobby, his staunch belief in the justice system is in stark contrast to her own. She may not share his opinions about the effectiveness of the law, but she certainly can’t deny how safe she feels when she’s in his arms or how every kiss leaves her desperate for more.


For Piper, the idea of finally living an ordinary life with a man to love is tempting. However, fate keeps placing the judge, quite literally, in her path. Will she decide the only way to win is to be as wicked as the judge, but with righteous intentions? And more importantly, will Bobby choose to let her go, or follow her as she crosses the line and takes justice into her own hands? 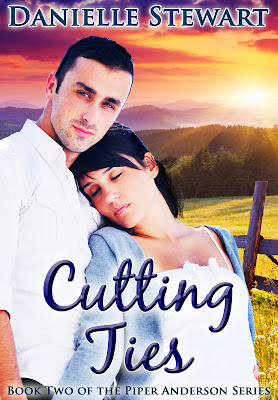 Cutting Ties:
Against all odds, Piper Anderson has managed to pick up the pieces of her life. She's holding tight to her budding romance with Officer Bobby Wright, anxious to have her moment with him. Now encircled by fiercely loyal friends, she finally feels like she's standing at the edge of a normal life. That is until reports of a brutal attack at the local college campus turn her dream of happily ever after into a nightmare. The unmistakably familiar details of the attack are an instant reminder of the chains tying her to people and places she so badly wants to escape.

With her life and friends in danger, Piper must confront her past in order to fight for her future. To make matters worse, Piper and Bobby once again find their moral compasses pointing them in opposite directions. But what Piper doesn't know is that Bobby has secrets of his own. How can their love survive when their pasts have shaped them so differently? Piper's choices could bring her the freedom she yearns for, but will cutting ties with the past sever her relationship with Bobby?


As I was putting this post together, it occurred to me that it has been a long time since I myself, have sponsored a giveaway for Read My Mind. So, to rectify that, I decided that I will gift an e-book copy of CUTTING TIES to 2 lucky readers. Easy-peasy entry via the rafflecopter below. Good Luck!