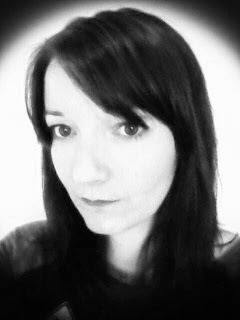 Max Henry is a wife and mother to two young boys. Originally born and bred in New Zealand, she now calls Australia home, and is proud to call herself a ‘Kiwi-Aussie’. Life can be hectic at times, and sometimes she may not be able to write as often as she would like, but she wouldn’t change a thing.

When she’s not writing, she can be found at the gym brain-storming while she lifts weights, or out having a ball 4wd-ing with the family.

Pistol is Max’s first Contemporary Romance, however she already has two paranormal titles under her belt: Battle to Become, and Methods for Mayhem. Max’s books can be found at Amazon, Kobo, and iBooks. 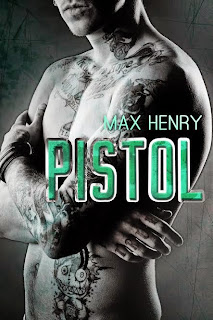 Blurb: Stephanie Drake, or Steph as she’s known to her friends, is lost. Somewhere between the end of her childhood, and the day her loser of a boyfriend called it quits on their so-called relationship, she forgot who she was. She lives each day in a perpetual routine, stuck in the confines of her normal, safe life. If she doesn’t take a risk, she won’t get hurt—right?

Then she meets Pete—or Pistol to his friends.

He’s blunt, arrogant, and straight forward about what he wants. And as it turns out, he wants her.

Should she take a walk on the wild side, risk being burnt, and lay her heart on the line? Something in the way he makes her feel tells her ‘yes’, but her friends aren’t so sure this emotionally shut-off man has a place in her life. Why should she listen to them, though? After all, they don’t know a thing about him … … do they? 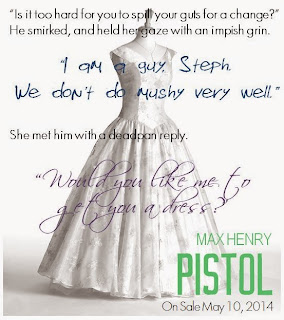 The lights spilt a soft creamy glow over the walkway as he approached. Had she thought he would turn up? Or had she hoped he lied? Pete stopped outside the plain black door to her unit, and drew a breath to compose himself.

He needed to remain cool, distant, and unaffected—no matter what she did to unnerve him.

Not that it usually took much.

He lifted his hand, and knocked. Small scuffs were audible from the other side, but no shadows played across the low light to indicate close movement. The lock on the door clicked, and it opened, slowly, but past the limit of a chain. She drew it wide, and greeted him with a smile.

He stared, and inwardly screamed at himself for being this deep already. Show no emotion. Show. No. Emotion.

Steph stood in radiant beauty; the lamp-light cast an enticing glow over the out-fit she wore —if he could call it that. Her perfect curves were draped in another oversized t-shirt; the large neck dropped over one shoulder to reveal the tattoo he knew she had already, and more. She didn’t wear anything underneath it. Lord have mercy.

Pete swallowed hard, and willed all the blood from his groin back into his head.

“Well?” She crossed her slender ankles as she leant into the door. “Are you coming in?”

He raked his gaze over her body; the t-shirt had lifted on the opposite side she leant on, and exposed smooth, creamy skin on her upper thigh.

He managed a shrug, and mentally patted himself on the back for not drooling. “I don’t think I need to.”

She stuck her head out the door, and checked both ways. “You want me to come out there?” Her eyebrow rose, as did a corner of her velvety lips.

A shiver ran down his spine. Damn, he wanted to bite those lips so fuckin’ hard.

“I won’t stay long.” He cringed inside at how callous his tone came across. But it worked.

She dropped her gaze, and drew her arms over herself. He’d crushed her. Like a squishy little bug under his boot. You’re an arsehole, O’Malley.

“I only wanted to stop by and wish ya luck in yer new place.”

Her eyes lifted to his, and the unshed tears she tried so hard to hold back glistened in the glow of the distant street-light. “You’ve been fun. This—” he gestured between them, “—has been interestin’.”

Her chin quivered, and she ducked her head to swipe at her face with a careless hand. “Yeah, okay. Whatever. I guess, um, I might see you round.”

“Thanks for stopping by.” She looked at him a last time, and the tears broke free as she took a step back to shut the door. He lifted his hand to stop her closing it, to say something, to ease the pain of his heart as it tore in two and became a cold, tar-covered abscess in his chest. But she was quicker.