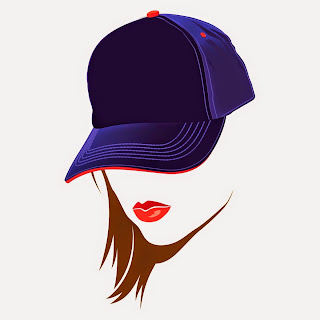 Collette West grew up as somewhat of a jock-nerd hybrid. Entering the world three weeks premature, her dad nearly missed her birth because he had seats behind the dugout for a sold-out, highly-anticipated match-up between two of baseball's biggest rivals. Not to be outdone, her book-loving mom taught her how to read by the time she was three. A love of the game coupled with an appreciation for the written word were instilled in Collette's impressionable brain from a young age. No wonder her characters believe in the philosophy: sports + romance = a little slice of heaven.

Splitting her time between the Pocono Mountains and Manhattan, Collette indulges her inner fangirl by going to as many games as she can from hockey to baseball and downloading every sports romance novel in existence onto her iPad. When she's not clicking away on her laptop, she enjoys walking her dog in Central Park, satisfying her caffeine craving at the Starbucks on Broadway and keeping an eye out for Mr. Right. But above all, she loves dishing with her readers. Email her at collette_west@yahoo.com.

"I want my best friend and the woman I love. Don't make me have to choose."

Brooks just spilled his heart out, and if Kyle tramples all over it with some wiseass remark, I'll kill him, sick or not.

"Dude, chill," Kyle finally responds, holding up his hands as if to ward him off. "I already hinted to Sasha on the phone. I can work at wrapping my mind around the idea of the two of you, but I don't think it's wise to flaunt it during the season. There are too many eyes on Sasha. You add a love story to the mix and the whole thing is just gonna explode. Right now, all it is is gossip, but if you confirm that the two of you are dating, be prepared for all hell to break loose."

"But I can't hide the way I feel," Brooks argues. "Not anymore."

"And I don't want you to," I speak up as Kyle turns his doleful eyes to me. Feeling the weight of his gaze, I go on. "But Kyle's right."

Brooks sighs in frustration, taking a step to come over to me, but I raise my hand to stop him.

"Wait. Just hear me out." I pause, giving voice to the thoughts that have been floating around my brain for some time. "I think that, when we're alone, behind closed doors, away from prying eyes—we should be free to do what we want. But when we're in public, we'll be careful not to give anything away. No holding hands. No kissing. All public displays of affection will be strictly off-limits."

"It still sounds risky to me. I hate the thought of you having your hands all over my sister, bro, so the less anyone has to see of it, the better." Kyle tries to get Brooks to look up at him, but he stubbornly keeps his baby blues trained to the floor.

"I'm not exactly thrilled,” Brooks replies, crossing his arms in front of his chest. “I'm not the type of person who likes skulkin’ around in the shadows. The both of you know that's not how I operate. I believe in being true to who I am, whether I’m in public or in private. I don't wanna have to hide the way I feel about you, Sasha. You're the brightest part of my life. I wanna show the world how much I care about you, not pretend that you mean nuthin’ to me." 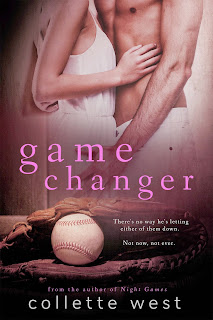 Young, rich, and unaware of how seriously hot he is, Brooks Davison is tearing it up as the latest shortstop for the New York Kings, despite his tendency to blush whenever girls scream his name.

When a health scare forces his best friend, Kyle Roberts, off the team, no one can stomach the thought of replacing him, especially so close to the playoffs.

Until Kyle's sister, Sasha, steps in, convincing management to let her take his place. The idea of signing the first female player in Major League history proves too tempting for the Kings to resist.

Nevertheless, Brooks doesn't want any part of it. Sasha is Kyle's little sister, not some sideshow.

Yet when Kyle takes a turn for the worse, Brooks promises to do everything in his power to help Sasha win a championship for him. Because there's no way he's letting either of them down. Not now, not ever.