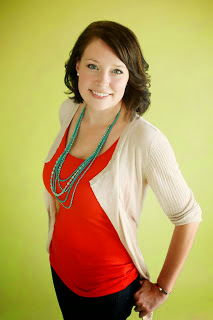 Nichole Chase is the New York Times and USA Today bestselling author of Suddenly Royal, Flukes, The Dark Betrayal Trilogy, and several short stories. She is also the instructor of Say What? a dialogue class at the Romance Academy.

Nichole lives in Georgia with her husband, energetic daughter, superhero dog, Sulcata tortoise, and two cats. When not writing, you may find her reading, painting, crafting, or chasing her daughter around the house while making monster noises.

As I turned to leave the room, my eyes fell on a sketch pad and I couldn’t help myself. Sitting back down in the chair I flipped it open and smiled at the drawings inside. Marty had promise for such a young kid. Turning to a blank page, I glanced around and searched for a pencil. Charcoal would be best, but pencil would do.

I started with the lines of his forehead, the curve of his impish nose, the roundness of his cheeks. I was lost in the sketch, enjoying the shadows, the tenderness in his expression, working to capture that moment of utter innocence.

“That’s beautiful.” Her voice was soft.

I looked up from what I was doing, not surprised that she had snuck up on me. When I’m lost in a project, the world disappears; the only thing I’m aware of are the layers of the project I’m working on.

“He’s a good subject.” I turned back to the paper and finished up the shading of the blanket.

“Only because he’s asleep and not moving.” Her quiet laugh sent shivers over my body.

“That does help.” I smiled up at her. “But it’s the contrast. The contrast of him awake versus him asleep. He looks so young right now, so innocent.”

“What do you mean?” She leaned closer to look at the picture.

“He’s so mature, quick-witted.” I whispered the words. “But here he is, looking like the child he is.”

“His teachers say that,” she said. “That he’s quick to pick things up.”

“I’d say so.” I turned and handed her the sketch pad. “I hope you don’t mind that I drew him. The light and shadows were too perfect to resist.” Sort of like her right now. The way the moonlight glinted in her eyes and shone along her hair. Her perfect features would make any artist ache to draw them. Her pixie nose, the heavy eyelashes, the curve of her body hinted at by the oversized sweater she had wrapped around herself. It made my palms itch. Partly because I just wanted to touch her, to see if she would taste as sweet as she looked in that moment.

“Thank you for keeping him entertained.” She stood up. “Can I keep this?”

“Of course.” I stood up and stretched. Her eyes swept over my chest and then back up to my face. Maybe I wasn’t the only one tempted to touch. I hated to admit it, but I had a flare of pride. “I enjoyed hanging out with him.”

I was surprised to realize I meant it. I never would have thought spending time with a six-year-old would have been enjoyable.

“Looks like he did too.” She moved away from the door and I followed her into the hallway.

“Did you get everything settled?”

“What’s wrong?” Her expression worried me.

“Granddad would have hated a large ceremony.” She sighed and headed for the stairs. “But I guess that as a duke there are some things that have to happen.”

“I don’t blame your grandfather.” I followed behind her. “I would want a small ceremony, not to be made into a production.”

“I’m starting to think you don’t like any type of production.” She looked at me over shoulder.

“And yet you agreed to help me with my grandfather’s funeral.” She turned to me at the bottom of the stairs and set the sketch pad on a table. “Why?”

I stared at her for a minute, enjoying the way her eyes looked up at me, the tilt of her chin, the way her hair cascaded around her shoulders. “I don’t know.” Unable to help myself, I reached out and touched her cheek with my fingers. Her pupils dilated and she inhaled softly. With one thumb I traced the dip under her plump bottom lip. Her hand reached up to trace my jaw and she took a step closer to me.

“You should be running from me as fast as you can.” She whispered the words. “I’m everything you don’t want.”

“I live for the spotlight, it’s my food.” Her eyes were half lidded as she edged closer to my mouth. “And you’ve seen my family. I’m trouble, Max.” Did I care? I wasn’t sure I was capable of making a real decision as her smell wrapped around my senses. The only thing I knew was that I wanted to taste her, to touch her, to press her against my body. To hear her say my name again.

Dipping my head, I grazed her lips with mine and I was lost. On a sigh, she leaned into me and wrapped her hands around my neck. Tilting her head back, I brought my mouth to hers carefully, softly, tasting. I wanted to deepen the kiss, to hear her moan, to feel the way her body could wrap around mine, but I kept it soft, sweet, and simple. She was in such a hard place, she needed to be protected, treasured by someone.

And right now, I was that person. 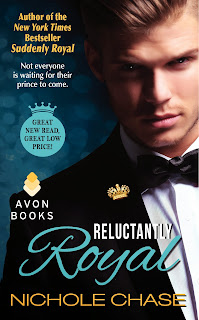 Maxwell Jameson Trevor, prince of Lilaria, hates his royal role. Despising the limelight, he takes solace in his art studio and steers clear of any drama. But when one of the newly discovered royals passes away, Maxwell's brother Alex asks him to break the news to the old man's granddaughter. Though he hates to be the bearer of doom and gloom, he doesn't want the poor girl to find out from the tabloids. For Maxwell knows all too well how devastating that could be.

Coming from a broken home and modest background, newly ordained Lady Meredith Thysmer has seized her chance to make a better life for herself and her son. She's not afraid to use her best assets to get what she wants. But when the unpretentious yet devastatingly handsome Max delivers his news, her plans for the future come crashing to a halt. In the challenging days ahead, Max's compassion, humor, and steadfast loyalty to Meredith and her son win her over. She quickly finds herself doing something she swore would never happen again: falling in love. And yet Maxwell still refuses to completely drop his guard. Somehow Meredith's got to find a way to seduce this reluctant royal.


Check out the rest of the Suddenly Series on Goodreads HERE.