While she has lived in countless cities throughout the U.S., her heart belongs to San Francisco. To her, there’s something seductively romantic about the Golden Gate Bridge, the steep rolling hills of the city streets, the cable cars, and the Victorian-style architecture.

She loves a strong, masculine man with a witty personality. While she is headstrong and extremely independent, she can’t resist a man who takes control of the relationship, both outside and inside of the bedroom. ;)

She loves to travel internationally, and tries to plan a yearly trip abroad. She also loves to cook and bake, and—to the benefit of her friends—she loves to share. She also enjoys ceramics and being creative with her hands. She has a weakness for good (maybe bad) TV shows; she’s up-to-date on over 25 current shows, and no, that wasn’t a joke.

And it goes without saying, she loves books—they’re like old and dear friends who have always been there to make her laugh and make her cry.

The one thing she wishes she had more of, is time. 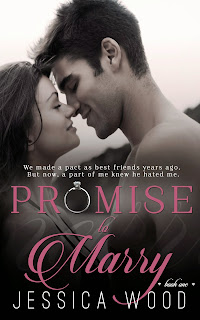 We were best friends since as early as I could remember. We grew up together. We were next door neighbors. We shared each other's deepest secrets. When I was thirteen, we made a pact: if we were still single by the time we were 30, we'd marry each other.

Today was my thirtieth birthday. I was single. I knew he was single too.

But we were no longer best friends, and a part of me knew that he hated me.