Cover Reveal: Temper For You (For You #3) by Genna Rulon 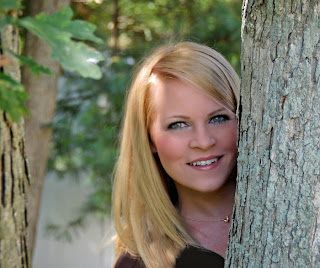 Genna Rulon is an up and coming contemporary romance author. During her 15 years in the corporate world, Genna, inspired by her love of reading, fantasized about penning her own stories. Encouraged by her favorite authors, many of whom are indie writers and self-published, she committed to pursuing her aspirations of writing her own novels.

Genna was raised in Long Island, New York, where she still resides, surrounded by the most amazing family and friends. Married to a wonderful man, who patiently tolerates her ramblings about whichever book she is currently working on, even feigning interest relatively convincingly! Genna is blessed with two little boys who do their best to thwart mommy's writing time with their hilarious antics and charming extrapolations.

Genna would love to hear from you, and will personally respond to all messages! You can contact her as follows: genna@gennarulon.com 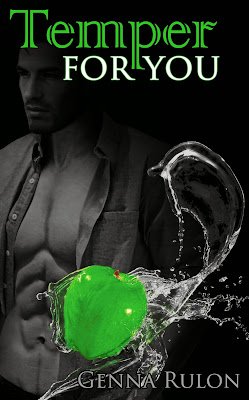 Temper For You (For You #3)
New Adult Contemporary Romance
Expected Publication: 24 September 2014

"Life is messy. Love is messier.” –Catch and Release

Meg Adeio has led a life of isolation—not by choice, by necessity—until one act of heroism forces her out of seclusion. Despite a past shrouded in mystery, Meg is “adopted” by an eclectic group of friends that become the family she never had. Life was good for the first time in…ever.

Or it was until Westly Black reappeared on her doorstep. She knew he was the last man any woman should give her time to—only good for one thing—yet a temptation no woman could deny. Wes might make her life messy, but Meg’s eyes were wide open and she had it under control. At least she thought she did.

When past and present collide, loyalties are tested, forcing Meg to sacrifice her future to protect those she loves.

Temper For You is a gripping story of regret, deception, and redemption – filled with raw emotion, sarcastic wit, intrigue, and love’s propensity to forgive.

Temper For You Cover Reveal Arranged by Literati Author Services.