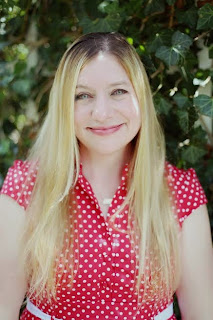 Heather Lyons has always had a thing for words—she’s been writing stories since she was a kid. In addition to writing, she’s also been an archaeologist and a teacher. Heather is a rabid music fan, as evidenced by her (mostly) music-centric blog, and she’s married to an even larger music snob. They’re happily raising three kids who are mini music fiends who love to read and be read to.

Excerpt from The Collector's Society

“Do you find my ability to converse lacking, Doctor?”

He chuckles softly, no doubt remembering how I wasn’t chatty with anyone, himself included, for the first month of my stay. To be fair, it is difficult to carry on an invigorating discussion when one is shaking so hard from withdrawals they fear they might shatter into thousands of painful pieces before a single word can be uttered. Plus, there was the whole bit of how once I did open up, I raved liked a lunatic about things no normal person could imagine being true.

“Certainly not,” he says to me. “But as I must stay at the Pleasance and you must go forth into the world, it will do you good to practice on somebody new.”

“Then send in one of the orderlies. Or one of the nurses. I’ll happily chat with a staff member.”

One of his bushy, out-of-control eyebrows lifts high into his forehead.

“There are people out there who are quite content being solitary,” I point out. “Who do not need to converse with anybody but themselves and their dogs.”

He sets his pen down. “What about cats?”

Rigor mortis sets in ever so briefly at this question.

“You father said you were quite fond of cats growing up. There was one in particular that you favored. Dinah, was it not?” “I’m—” I have to clear my throat. “Lately, I wonder if perhaps I’m more of a dog person after all.” 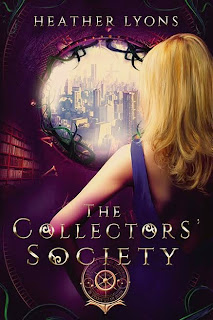 From the author of the Fate series and The Deep End of the Sea comes a fantastical romantic adventure that has Alice tumbling down the strangest rabbit hole yet.

After years in Wonderland, Alice has returned to England as an adult, desperate to reclaim sanity and control over her life. An enigmatic gentleman with an intriguing job offer too tempting to resist changes her plans for a calm existence, though. Soon, she’s whisked to New York and initiated into the Collectors’ Society, a secret organization whose members confirm that famous stories are anything but straightforward and that what she knows about the world is only a fraction of the truth.

It’s there she discovers villains are afoot—ones who want to shelve the lives of countless beings. Assigned to work with the mysterious and alluring Finn, Alice and the rest of the Collectors’ Society race against a doomsday clock in order to prevent further destruction . . . but will they make it before all their endings are erased?