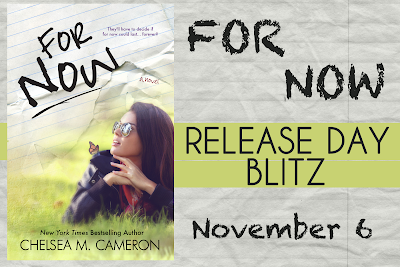 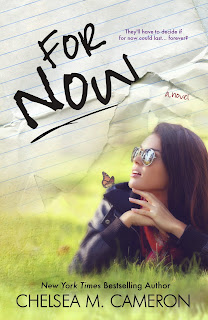 Chelsea M. Cameron is a YA/NA New York Times/USA Today Best Selling author from Maine. Lover of things random and ridiculous, Jane Austen/Charlotte and Emily Bronte Fangirl, red velvet cake enthusiast, obsessive tea drinker, vegetarian, former cheerleader and world's worst video gamer. When not writing, she enjoys watching infomercials, singing in the car and tweeting (this one time, she was tweeted by Neil Gaiman). She has a degree in journalism from the University of Maine, Orono that she promptly abandoned to write about the people in her own head. More often than not, these people turn out to be just as weird as she is. 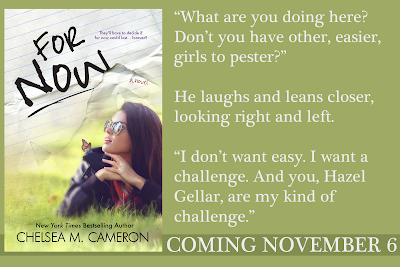 Two people. A one-night stand. What could go wrong?

Javier Cruz definitely isn’t relationship material, but that suits Hazel Gellar just fine. She’s not a relationship girl and doesn’t plan on ever being one. But after a mind-blowing, panty-ripping, bed-breaking night, she knows once isn’t going to be enough. Fortunately, Javi feels the same way. Soon, what started as just one night turns into a lot of nights, and Hazel doesn’t know what to do.

Will she and Javi make the choice to be together for longer than just right NOW?