KK Hendin’s real life ambition is to become a pink fluffy unicorn who dances with rainbows. But the schooling for that is all sorts of complicated, so until that gets sorted out, she’ll just write. Preferably things with angst and love. And things that require chocolate. She’s the author of the NA contemporaries HEART BREATHS and ONLY THE GOOD DIE YOUNG.

THIS MUCH SPACE is the second book in her new series, TWELVE BEATS IN A BAR. 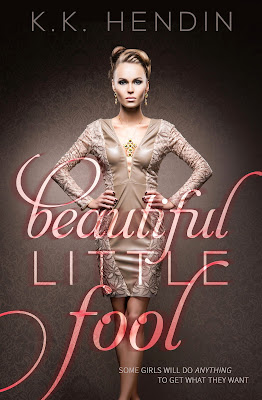 Cedar had gotten the phone call at six in the morning, hours before she normally woke up. She was at home, as always, even though she had been out the night before with Lawrence, who was still trying to get her to make things more permanent. And even though he was a Foster-Herrington, he wasn’t worth the trouble that would come along with a relationship. Not to mention he wasn’t nearly good enough in bed to make up for having to date him.

It was Mr. Morris. Which could only mean one thing, because Mr. Morris never called. Ever.

“No,” Cedar whispered, her voice still hoarse from waking up.

“He passed away fifteen minutes ago. I called you as soon as I can.”

“Dammit.” Cedar clutched the phone tightly. “How could he?”

But he didn’t know, the idiot. How could he?

“He left instructions for a funeral,” Mr. Morris continued, his voice rough from a lack of sleep. He was Harold Feingold’s lawyer, which was more of a full time job than he had ever imagined it would be. The old bastard was dead, and he was still working around the clock. “He wanted you to arrange it.”

“He mentioned it to me,” Cedar said. “Earlier this week.” Dammit, why did he have to die today? Could the timing possibly be more inconvenient than it was now? Harold never gave a shit about inconveniencing others, but neither did Cedar. It was one of the reasons she liked him—genuinely liked him, and didn’t just tolerate her for where she got because of him.

“Excellent. Are you going to be at work today?”

“Of course.” Cedar headed to the gym. There was no point in throwing her schedule off entirely because someone died.

“I’ll send over the information for the funeral arrangements he wanted you to take care of.”

“Of course.” Cedar programmed the treadmill and started to walk.

“I’m sorry for your loss, Cedar,” he said awkwardly.

“I’m sorry for yours,” she replied, and almost meant it. 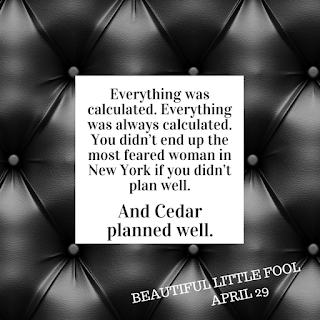