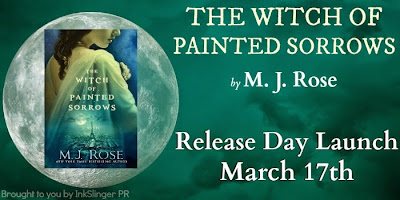 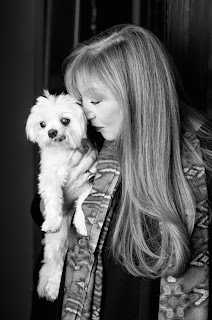 New York Times Bestseller, M.J. Rose grew up in New York City mostly in the labyrinthine galleries of the Metropolitan Museum, the dark tunnels and lush gardens of Central Park and reading her mother's favorite books before she was allowed. She believes mystery and magic are all around us but we are too often too busy to notice... books that exaggerate mystery and magic draw attention to it and remind us to look for it and revel in it.

Rose's work has appeared in many magazines including Oprah Magazine and she has been featured in the New York Times, Newsweek, WSJ, Time, USA Today and on the Today Show, and NPR radio. Rose graduated from Syracuse University, spent the '80s in advertising, has a commercial in the Museum of Modern Art in NYC and since 2005 has run the first marketing company for authors - Authorbuzz.com

The television series PAST LIFE, was based on Rose's novels in the Reincarnationist series. She is one of the founding board members of International Thriller Writers and currently serves, with Lee Child, as the organization's co-president.

Rose lives in CT with her husband the musician and composer, Doug Scofield, and their very spoiled and often photographed dog, Winka.

Excerpt from The Witch of Painted Sorrows


Four months ago I snuck into Paris on a wet, chilly January night like a criminal, hiding my face in my shawl, taking extra care to be sure I wasn’t followed.

I stood on the stoop of my grandmother’s house and lifted the hand-shaped bronze door knocker and let it drop. The sound of the metal echoed inside. Her home was on a lane blocked off from rue des Saints-Pères by wide wooden double doors. Maison de la Lune, as it was called, was one of a half dozen four-story mid-eighteenth- century stone houses that shared a courtyard that backed up onto rue du Dragon.

I let the door knocker fall again. Light from a street lamp glinted off the golden metal. It was a strange object. Usually on these things the bronze hand’s palm faced the door. But this one was palm out, almost warning the visitor to reconsider requesting entrance.

The knocker had obsessed me ten years before when I’d visited as a fifteen-year-old. The engravings on the finely modeled female palm included etched stars, phases of the moon, planets, and other archaic symbols. When I’d asked about it once, my grandmother had said it was older than the house, but she didn’t know how old exactly or what the ciphers meant. Where was the maid? Grand-mère, one of Paris’s celebrated courtesans, hosted lavish salons on Tuesday, Thursday, and many Saturday evenings, and at this time of day was usually upstairs, preparing her toilette: dusting poudre de riz on her face and décolletage, screwing in her opale de feu earrings, and wrapping her signature rope of the same blazing orange stones around her neck. The strand of opal beads was famous. It had belonged to a Russian empress and was known as Les Incendies. The stones were the same color as my grandmother’s hair and the high- lights in her topaz eyes. She was known by that name—L’Incendie, they called her, The Fire.

We had the same color eyes, but mine almost never flashed like hers. When I was growing up, I kept checking in the mirror, hoping the opal sparks that I only saw occasionally would intensify. I wanted to be just like her, but my father said it was just as well my eyes weren’t on fire because it wasn’t only her coloring that had inspired her name but also her temper, and that wasn’t a thing to covet.

It wasn’t until I was fifteen years old and witnessed it myself that I understood what he’d meant.

I let the hand of fate fall again. Even if Grand-mère was upstairs and couldn’t hear the knocking, the maid would be downstairs, organizing the refreshments for the evening. I’d seen her so many nights, polishing away last smudges on the silver, holding the Baccarat glasses over a pot of steaming water and then wiping them clean to make sure they gleamed.

Dusk had descended. The air had grown cold, and now it was beginning to rain. Fat, heavy drops dripped onto my hat and into my eyes. And I had no umbrella. That’s when I did what I should have done from the start—I stepped back and looked up at the house.

The darkened windows set into the limestone facade indicated there were no fires burning and no lamps lit inside. My grandmother was not in residence. And neither, it appeared, was her staff. I almost wished the concierge had needed to open the porte cochère for me; he might have been able to tell me where my grandmother was.

For days now I had managed to keep my sanity only by thinking of this moment. All I had to do, I kept telling myself, was find my way here, and then together, my grandmother and I could mourn my father and her son, and she would help me figure out what I should do now that I had run away from New York City.

If she wasn’t here, where was I to go? I had other family in Paris, but I had no idea where they lived. I’d only met them here, at my grandmother’s house, when I’d visited ten years previously. I had no friends in the city.

The rain was soaking through my clothes. I needed to find shelter.

But where? A restaurant or café? Was there one nearby? Or should I try and find a hotel? Which way should I go to get a carriage? Was it even safe to walk alone here at night?

What choice did I have?

Picking up my suitcase, I turned, but before I could even step into the courtyard, I saw an advancing figure. A bedraggled-looking man, wearing torn and filthy brown pants and an overcoat that had huge, bulging pockets, staggered toward me. Every step he took rang out on the stones.

He’s just a beggar who intends no harm, I told myself. He’s just look- ing for scraps of food, for a treasure in the garbage he’d be able to sell.

But what if I was wrong? Alone with him in the darkening court- yard, where could I go? In my skirt and heeled boots, could I even outrun him?

Click HERE to enter for a chance to win a Daughter of La Lune pendant.

The winner's name will be chosen at random. You may enter only once before midnight, Monday, April 15, 2015 (EST). (Residents of the United States and Canada only, please.) 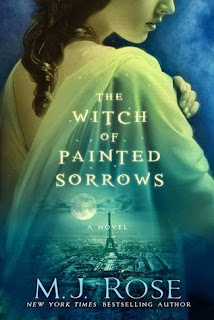 Sandrine Salome flees New York for her grandmother's Paris mansion to escape her dangerous husband, but what she finds there is even more menacing. The house, famous for its lavish art collection and elegant salons, is mysteriously closed up. Although her grandmother insists it's dangerous for Sandrine to visit, she defies her and meets Julien Duplessi, a mesmerizing young architect. Together they explore the hidden night world of Paris, the forbidden occult underground and Sandrine's deepest desires.

This is Sandrine's "wild night of the soul," her odyssey in the magnificent city of Paris, of art, love, and witchery.

"Mixes reality and illusion, darkness and light, mystery and romance into an adult fairy tale. [Rose] stirs her readers curiosities and imaginations, opening their eyes to the cultural, intellectual and artistic excitement that marked the Belle Epoque period. Unforgettable, full-bodied characters and richly detailed narrative result in an entrancing read that will be long savored."—Library Journal (Starred Review) 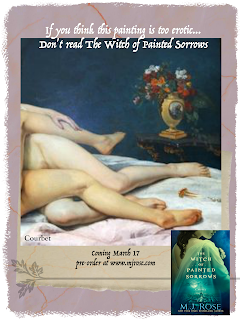