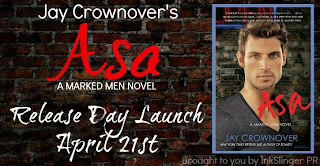 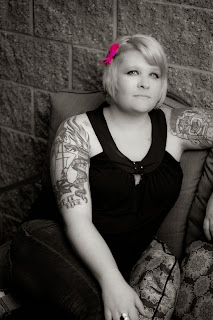 Jay Crownover is the New York Times and USA Today bestselling author of the Marked Men series. She also introduced the dark and sexy world of The Point that started with BETTER WHEN HE's BAD and is currently working on her newest series The Saint of Denver. Like her characters, she is a big fan of tattoos. She loves music and wishes she could be a rock star, but since she has no aptitude for singing or instrument playing, she'll settle for writing stories with interesting characters that make the reader feel something. She lives in Colorado with her three dogs.

I pulled the Nova to a stop in front of a duplex that had clearly seen better days. It wasn’t a rusted-out trailer in Kentucky, but it might as well have been. I turned off the ignition and sat back in the seat so I could turn to look at Ayden. She was watching me carefully and I could see how frustrated she was with the entire conversation in the way her shoulders were tensed up and the way her hands had curled into tight balls on her lap. It was the way she used to look whenever I got into trouble and she had to do something desperate and drastic to get me out of it. I reached out a hand and put it on top of her fists.

“I died in that hospital, Ayd. There were no angels playing harps. There was no redemption and repentance. I died and it was very clear that I was going to get exactly the kind of fate I had been courting with all the messed-up shit I had been doing to other people. All I could see was every wrong I had ever committed and every bad decision I had ever made exploding all around me. For once I could see how all of that affected you. I was dying, and I knew what was waiting for me on the other side, yet I couldn’t go knowing that was all you were going to have to remember me by. I had to come back and give you something else to hold on to, some kind of good memory to go with the endless miles of bad I laid at your feet. I wanted to have the chance to show you I could be the kind of brother you deserved all along, so no, I didn’t save myself—you saved me. Just like you’ve always done for my entire life.”

I saw her bottom lip tremble until she snapped her teeth around it to keep it still. Her fists unclenched below my palm and she curled her shaking fingers around my hand and her already husky voice rasped with even more emotion when she told me what I think I had needed to hear from her all along.

“I have always been proud that you’re my brother, Asa. Yes, there have been times in the past I would have gladly fed you to the wolves, and it’s no secret that I had to leave home because I didn’t know what to do to help you anymore, but we both made it out alive and are better people for it. I know you’re sorry for the way things went down when we were younger, but I need you to open your eyes and take some credit for the way you have turned it around to make things the way they are now. I’ve long since come to terms with the Asa from my childhood. What I want to do is love the Asa that’s here with me now. You need to let go of those boulders weighted with all the bad things from past that are dragging you down before you get crushed under them.”

It was eerily similar to what Royal had been telling me the deeper and deeper I sank in with her. I don’t think I was ready to let any part of those stones go just yet, but a sexy redhead was slowly and surely eroding bits and pieces of the rock the more and more time I spent with her. By the time she was done, maybe she would be able to carve out something that was worthwhile, something that didn’t eviscerate me to look at.

I leaned over enough that I could kiss Ayden right on the center of her forehead between her midnight eyebrows and I felt her let out a shuddering sigh.

“I’m never going to let you down again, Ayd. That is the one and only thing in the entire world that I can promise and know it’s a promise I will keep.”

We stared at each other for a long and silent moment. The seriousness of the words I had said to her and the fact that I could see that she understood that I really, truly meant them finally worked to absolve me of some of the guilt that seemed to suffocate me whenever I thought about the things she had done to keep me safe. 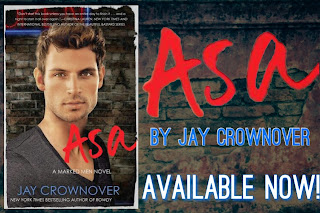 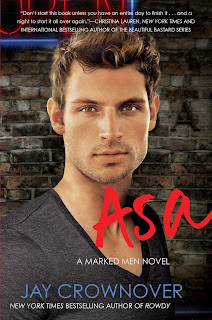 Starting over in Denver with a whole new circle of friends and family, Asa Cross struggles with being the man he knows everyone wants him to be and the man he knows he really is. A leopard doesn’t it change its spots and Asa has always been a predator. He doesn’t want to hurt those who love and rely on him, especially one luscious arresting cop who suddenly seems to be interested in him for far more than his penchant for breaking the law. But letting go of old habits is hard, and it’s easy to hit bottom when it’s the place you know best.

Royal Hastings is quickly learning what the bottom looks like after a tragic situation at work threatens not only her career but her partner’s life. As a woman who has only ever had a few real friends she’s trying to muddle through her confusion and devastation all alone. Except she can’t stop thinking about the sexy southern bartender she locked up. Crushing on Asa is the last thing she needs but his allure is too strong to resist. His long criminal record can only hurt her already shaky career and chasing after a guy who has no respect for the law or himself can only end in heartbreak.

A longtime criminal and a cop together just seems so wrong . . . but for Asa and Royal, being wrong together is the only right choice to make.


Check out the rest of the Marked Men Series on Goodreads HERE. 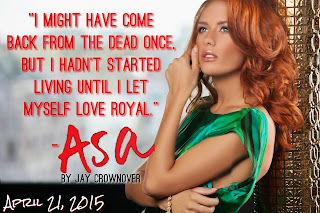