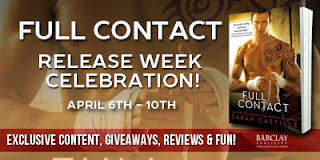 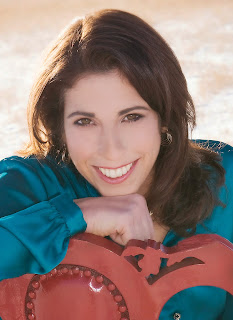 Excerpt from Full Contact: I Don't Want To Lose You

Ray grabs my wrists and pins them to the mat over my head, his body angled over me. My breath catches in my throat, and I steel myself for the memories, the black rush, the heart-pounding fear, but it doesn’t come. Instead, a red haze settles over my vision, and I press my lips together and buck my hips, throwing him slightly forward.

Bad plan. Now his groin is only inches away from my face. He’s still wearing his jeans, which means that bulge isn’t a cup.

He shifts down, settling his weight over my hips, but he doesn’t release my hands. “I hurt you. Means you care.”

I swallow hard and meet his gaze. “You hurting me means I was being stupid. Things were going where I didn’t want them to go. Now I’ve had a wake-up call. You have secrets you can’t share. You need to protect your secrets. I need to be with someone I can trust, and I need to stand on my own two feet. It’s just not going to work between us.”

His gaze darkens, searing me to the core. “You want to be done? Or are you scared and trying to push me away?”

The air shifts between us, electrifying, tightening my nipples and heating my blood. I am hyperaware of his thighs tucked against my hips, carrying most of his weight as he sits astride me in a dominant MMA position. My wrists, hot under his palms, press against the cool mat, restrained in a way I could never have imagined allowing them to be restrained. My chest rises and falls twice for every one of Ray’s breaths, and my core tightens. The innuendo isn’t lost on me. God, yes. I want to be done in the carnal sense of the word. But only by Ray. And I don’t really want to let him go.

Ray’s hands tighten on my wrists, and he leans down and brushes a kiss over my lips. “I don’t want to lose you either, but I live in a dangerous world. I’ve got stuff in my life that would make your head spin. I need to protect you from that, and I’ll do what it takes to keep you safe, even if it means you hate me for it, because for the first time in my life, I want something more than doing my duty. I want a life and I want you in it. I’ve got one bad guy to catch and then I’m free. And after I’m done and after what went down this evening, you’ll never have to worry about being safe again.”

Finally, he releases my hands but I don’t move. Heat sweeps through my belly. I feel both vulnerable and curiously safe lying beneath him. My gaze shifts from his intense gaze to his sensual lips, and my breasts swell, remembering the touch of his hands, the gentle press of his lips. He wants me. Not just today, but tomorrow and the tomorrow after that. “You make it sound like I don’t have a choice about being with you.”

“You don’t.” He leans down and kisses me with a savage fierceness that takes my breath away.

"Castille continues to introduce characters who are both intense and vulnerable. The females are more than a match for the men in their lives, and these guys are worth their efforts.” —RT Book Reviews on FULL CONTACT

Castille's follow-up to the excellent Against the Ropes doesn't pull its punches."—starred review and Best Summer Book, Publishers Weekly on IN YOUR CORNER

“Fifty Shades of Grey meets Fight Club.”—RT Book Reviews on AGAINST THE ROPES 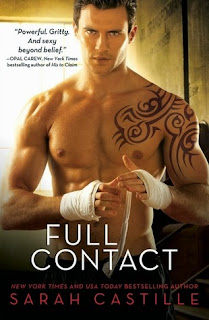 Ray wraps his arms around me and holds me tight as if something terrible has happened and he doesn’t want to let me go. Full Contact. This is how Ray speaks when his emotions overwhelm him. I melt into his stillness. His body is hot and hard, his breath warm on my neck. He smells of leather and sweat, sex and sin. Nothing can tear me away. When you can’t resist the one person who could destroy you…

Sia O’Donnell can’t help but push the limits. She secretly attends every underground MMA fight featuring The Predator, the undisputed champion. When he stalks his prey in the ring, Sia is mesmerized. He is dominant and dangerous and every instinct tells her to run.

Every beautiful thing Ray “The Predator” touches he knows he’ll eventually destroy. Soft, sweet and innocent, Sia is the light to Ray’s darkness-and completely irresistible. From the moment he lays eyes on her, he knows he’s going to have to put his dark past behind him to win her body and soul.

Check out the rest of the Redemption Series on Goodreads HERE. 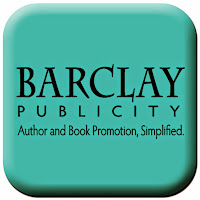