Release Day Blast: The Jealous Love of a Scoundrel (A Marlow Intrigues Novel) by Jane Lark 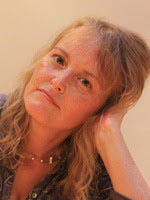 Jane is a Kindle bestselling author and a writer of authentic, passionate and emotional Historical and New Adult romances, and she’s a sucker for a love story. Her first successful novel was The Illicit Love of a Courtesan. “I love the feeling of falling in love and it’s wonderful to be able to do it time and time again in fiction.” She loves writing intense relationships and she is thrilled to be giving her characters life in others’ imaginations.

Excerpt from The Jealous Love of a Scoundrel

Peter and Lillian
Her room was full of flowers. The three largest bouquets had come from him. She was sitting before her table and mirror, brushing out her hair. She put the brush down and stood when she saw him, smiling broadly, then she looked at Harry and Mark.

“I have brought my friends to meet you. This is Mark Harper.”

She curtsied, but Mark swept about Peter and caught up her hand, lifting her out of the curtsy as he pressed a lingering kiss on the back of her hand. The force of a punch, similar to the one Drew had once thrown at him, hit Peter in the face. Now he knew how Drew had felt. Seeing Mark hold her hand twisted nausea in his stomach.

Peter stripped off his gloves and put them on the side, by her make-up, and took off his hat too.

He was staying then…

Of course he was; nothing would pull him away now that he was in the room with her.

Harry stepped about Peter’s other side and as Lillian curtsied again, Mark passed over her hand. Harry barely held it, merely stared at her in a way that measured her up.

They had shared women for years, like whores were no different than sharing wine. But now Peter’s gaze hovered on her hand in Harry’s and jealousy bit into his chest.

Why the hell is this cutting me?

Lillian looked at Peter, at last, and she moved forward, but instead of taking the hand he held out, she gripped his shoulders and lifted to her toes, then kissed his cheek in a gentle blessing. “Hello, Peter. I did not know you were coming tonight.”

He gripped her chin and pressed a quick kiss on her red lips. “I could not stay away. I am not supposed to be here.” It was true. He had to face up to the truth tomorrow; he could not keep delaying what he should do. 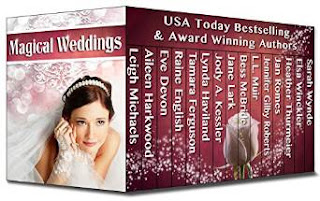 Whether real or only in the hearts of the bride and groom, the magic of weddings is undeniable. And irresistible! As these 15 enchanting happily-ever-afters by bestselling and award-winning authors prove.

From sweet to spicy, the romances bundled into this set cross time and unite hearts, cast spells of laughter, battle wedding jitters and fight back tears, while weaving love's hopeful magic throughout 1400 pages.

The Jealous Love of a Scoundrel (A Marlow Intrigues Novel) 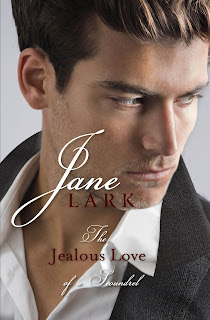 How do you fight a calling that comes from your soul?

Lillian is in love with her charming protector. He brings her gifts and gives himself to her at night, but she knows nothing of his days; all she knows is that with Peter visiting her she is happier than she has ever been. The way he touches her and treats her is so different from other men.

Emily is excited, hopeful and expectant, waiting on the moment that everything seems to be leading towards. Lord Peter Brooke has courted her for a year; she is awaiting his proposal, certain it will come very soon, and everything he does indicates that it will.

Peter is torn; his soul is seeking one thing, but his mind wants another, and what about his heart? Where does his heart lie?


Check out the rest of the Marlow Intrigues Series on Goodreads HERE.