Katherine Locke lives and writes in a very small town outside of Philadelphia, where she’s ruled by her feline overlords and her addiction to chai lattes. She writes about that which she cannot do: ballet, time travel, and magic. When she’s not writing, she’s probably tweeting. She not-so-secretly believes most stories are fairy tales in disguise.

Some things you’ll never erase from your memory. In front of me, the ice-blond braid swinging on a primly dressed woman’s back makes me sway on the spot. I know that braid, and it doesn’t belong here. Not where I am. Anywhere but here, here where it brings with it a tide of memories I’ve worked hard to bury. Images, bright and sharp and very red, slam around in my head, and I curl my fingers into my palm, hard. The pain pushes the memories back where they belong.

My first thought is, It can’t be her.

My second thought is, Oh, God, please don’t let her see me walk.

It might not be her. Lots of women have blond hair, and a lot of women dye their hair to get her particular shade of gold. Three people between us, and I can’t see her profile. I study her neck, her shoulders, the way she stands. I’m almost positive it is her. A certain unmistakable, accidental grace to the way her hands shake when she unsnaps her wallet.

“Small tea, one orange tea bag, one vanilla. I’ll pay for both.”

Her tea order hasn’t changed in the four years since I’ve seen her, or the eleven years I’ve known her. Her voice is a little smaller, a reflection of her body. But she still likes to taste things vibrantly. And she’s the only one ordering a hot drink in the late July heat. In the last memory I have of her, she’s stretched out next to me in bed, wearing nothing but a smile. She glowed, on and off the stage. This girl, at the counter now, is anything other than bright. She moves dully. She used to lean on counters and flirt, regardless of who was at the register. She hasn’t flipped her hair once. Everything I know is in the past tense.

I almost say her name, almost call out to her against all my better instincts. Then they ask her for the name for the cup, and I hear her say, “Aly.” 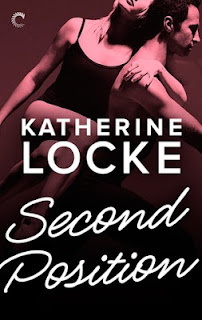 Four years ago, a car accident ended Zedekiah Harrow’s ballet career and sent Philadelphia Ballet principal dancer Alyona Miller spinning toward the breakdown that suspended her own. What they lost on the side of the road that day can never be replaced, and grief is always harshest under a spotlight...

Now twenty-three, Zed teaches music and theatre at a private school in Washington, D.C. and regularly attends AA meetings to keep the pain at bay. Aly has returned to D.C. to live with her mother while trying to recover from the mental and physical breakdown that forced her to take a leave of absence from the ballet world, and her adoring fans.

When Zed and Aly run into each other in a coffee shop, it’s as if no time has passed at all. But without the buffer and escape of dance—and with so much lust, anger and heartbreak hanging between them—their renewed connection will either allow them to build the together they never had... or destroy the fragile recoveries they've only started to make.