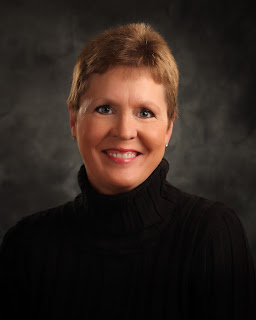 Alexandra Ivy is a New York Times and USA Todaybestselling author. From Alexandra: “I’m not exactly sure when I fell in love with books. Probably on my mother’s knee listening to her read Dr. Seuss to me. I do remember that I was barely old enough to cross the street by myself when I discovered the delights of the local library.

Could anything be more wonderful than spending summer days surrounded by stacks of Nancy Drew mysteries? Over the years I fell in love with Victoria Holt, Jane Austen, Agatha Christie, and J.R.R. Tolkien just to name a few. I read poetry, essays, biographies, and plays. In fact, I read anything I could get my hands on.

Years later (no, I’m not admitting how many) I’m still an avid reader, and my tastes are still as varied as they were in my youth, which I suppose helps to explain why I enjoy writing regency historicals under the name of Deborah Raleigh, as well as my contemporary paranormals as Alexandra Ivy. For now that is enough to keep me busy, but who knows what the future might hold!

I do have a few other loves in my life besides reading and writing, the most important being my unbelievably patient husband, David, and my two sons, Chance and Alexander. Without their constant support and belief in me, I never could have been able to follow my dreams. They are truly my heroes. 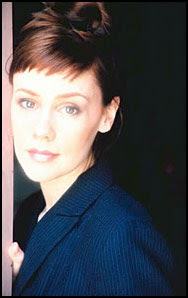 Laura Wright is a New York Times and USA Todaybestselling author. From Laura: “Unlike many of my peers in the writing world, I wasn’t a writer or a reader until I left high school. During my youth I was into theater, song and dance, commercials and boys. I loved romance surely, but I had never read a romance novel until my late teens. With that said, I remember the day I did like it was a moment ago – my aunt gave me the Jude Deveraux novel, Knight in Shining Armor and I couldn’t put it down until the very last word. Then I went straight to the library and got another – then another until I’d read everything she’d ever written. After that, it was McNaught, Howard, Schone, Kleypas, and the Silhouette line, Desire. I instantly loved those emotional, sexy reads, so much so that I began to carve out ideas for my own stories, themes that were unique to me and moved me. In 1997 I enrolled in UCLA extension writing classes, met my mentor and critique partners and since have never stopped writing. I was committed then and I still am now; the need to tell my own romantic stories a full on obsession. My first manuscript was rejected, and though the second one was as well the editor who’d rejected it wanted to see something else from me. I had something (note to authors; always keep working, even after you’ve sent in a proposal) and sent it right away. The day I got the call telling me Desire wanted to buy Cinderella and the Playboy was the best day of my life. That is until I married my husband, and had my two beautiful children. But I must say, writing is much like motherhood – tough, grueling, surprising, delicious and for me, a dream come true.”

“I’m sorry.” Parish folded his arms over his chest, the air prickling with the force of his authority. The older male wasn’t the leader of the Hunters because of his sparkling personality. “Did you think that was a request? Because it wasn’t.”

Rage grimaced, deliberately leashing his instinctive aggression. He’d discovered at an early age he could use his natural charm to…encourage people to see things his way. It was only when his cat was provoked to violence that it was obvious why his faction was Hunter instead of Diplomat.

“Please, Parish,” he soothed. “Send someone else.”

“There is no one else.” Parish narrowed his golden eyes. “In case you missed the memo we’ve been having a few disasters lately.”

“Exactly. I should be out searching for the mysterious Christopher,” Rage said, referring to the head of Benson Enterprises, the shadowy corporation that was responsible for stealing Pantera, as well as vulnerable humans. “Or at least hunting down the Frankenstein labs. We still can’t be sure we’ve burned them all.” He pointed toward the window that overlooked the manicured grass of the communal area. Below them a few Pantera mothers were sharing a late lunch while their cubs tumbled across the spongy ground. It was winter in the Wildlands, but the Pantera embraced the brisk air. “Hell, I’ll even spy on the military. Someone needs to discover who can and can’t be trusted in the human government.”

Parish looked far from impressed by his logic. “Are you trying to tell me how to do my job?”

Rage hesitated. This was the first time he’d ever questioned a direct order, but there was no way in hell he wanted to deal with Lucie Gaudet.

The female Geek had been a few years younger than Rage, and growing up he’d initially felt sorry for the half-feral creature who’d lived in the outer parts of the swamp. She’d slunk around the edges of town with her hair matted and tangled, and her face covered in dirt. Almost like a fabled wood sprite who flitted among the trees, spreading mist and magic.

But as they’d matured, his pity had changed to annoyance.

Instead of growing out of her odd preference for the shadows, she’d continued to lurk at a distance, and worse, she’d used her cunning intelligence to torment others. Including himself. 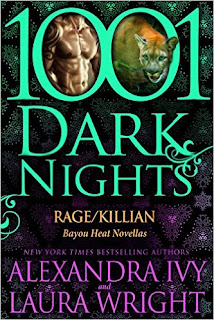 RAGE
Rage might be an aggressive Hunter by nature, but the gorgeous male has never had a problem charming the females. All except Lucie Gaudet. Of course, the lovely Geek is a born troublemaker, and it was no surprise to Rage when she was kicked out of the Wildlands.

But now the Pantera need a first-class hacker to stop the potential destruction of their people. And it’s up to Rage to convince Lucie to help. Can the two forget the past—and their sizzling attraction—to save the Pantera?

KILLIAN
Gorgeous, brutal, aggressive, and human, Killian O’Roarke wants only two things: to get rid of the Pantera DNA he’s been infected with, and get back to the field. But the decorated Army Ranger never bargained on meeting the woman—the female—of his dreams on his mission to the Wildlands.

Rosalie lost her mate to a human, and now the Hunter despises them all. In fact, she thinks they’re good for only one thing: barbeque. But this one she’s guarding is testing her beliefs. He is proud and kind, and also knows the pain of loss. But in a time of war between their species, isn’t any chance of love destined for destruction? 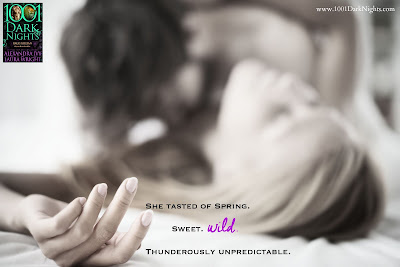