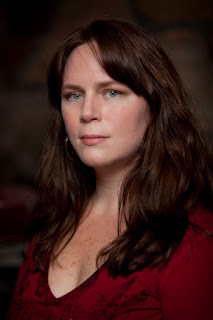 Michelle St. James aka Michelle Zink is the author of seven published books and six novellas. Her first series, Prophecy of the Sisters (YA), was one of Booklist's Top Ten Debut novels. Her work has also been an Indie Next selection and has appeared on prestigious lists such as the Lonestar List, New York Public Library's Stuff for the Teen Age, and Chicago Public Library's Best of the Best. Her character, Alice, won the Teen Read Awards for Best Villain against Harry Potter's Lord Voldemort.

Nico Vitale was kneeling in one of the pews at St. Monica’s, praying for his mother and father. They’d been gone two years, but the pain of losing them still lingered. He had only been twenty-eight when they’d been killed, and he’d expected to have them for many more years, to give them the daughter-in-law and grandchildren they had wanted.

Their future had been stolen. From all of them.

He forced down the fury that had become all too familiar. Anger was good. Productive. It’s what drove him to seek justice, to right the wrong perpetrated against his family, against the honor code that had survived decades under the rule of some of history’s most violent men.

His mother had always gone to St. Patrick’s, but Nico made a point of moving around the city, sitting in any church with an open door. He liked the anonymity of it. Liked knowing that no one would know him or remember his parents.

His faith was only a shadow of the belief that had sustained them. Nico didn’t believe in the edicts of the Church. It had been organized by man to benefit man. He worshipped his own god, and his god didn’t turn the other cheek. He might forgive, but that forgiveness didn’t preclude a punishment justly earned. Still, he liked to sit in silence and remember, to send love to his parents, wherever they were, and to stand on the side of any god who believed in vengeance.

He was reciting the Lord’s Prayer when he felt a tap on his shoulder. He instinctively shook off the hand. When he turned to see who had interrupted him, he was even less pleased.

“What is it, Dante?” He forced his voice even as he took in the leather jacket and jeans worn by the man in front of him. A dress code was part of Nico’s organizational reboot, but keeping cool was a point of pride, part of his mission to remake his father’s business for the twenty-first century. And having a reputation for being calm only made him more formidable when the situation called for his wrath.

Dante shifted in his seat, his face flushed, eyes feverish with excitement. “We got her,” he said. “We got the girl.”

Nico looked around before tipping his head at the church’s massive double doors. “Not here.”

Dante stood, hurrying down the aisle. Nico followed slowly, letting the peace of the church wash over him as he made his way out the door.

He took his time following Dante down the steps of the church. When they reached the sidewalk, they stepped back to stand near an adjacent building.

Dante shook his head. “She didn’t see it coming.”

Nico didn’t like the note of excitement in Dante’s voice. Nico’s father had ingrained old-fashioned chivalry in his bones, and Nico never sanctioned hurting women. These kinds of things were a necessary part of doing business, not something he enjoyed.

“You didn’t hurt her.” It wasn’t a question.

Dante sighed, and Nico caught a hint of annoyance in the other man’s face before he could hide it. “We did it just like you said. Knocked her out, put her in the van, took her to the basement. She’s fine.”

“Comfortable?” Dante’s laugh was bitter. “Why do we care if that bitch is comfortable?”

Nico clamped a hand on Dante’s shoulder and squeezed until he flinched. “We don’t call women bitches in this organization. Ever. Understand?”

Dante nodded, his eyes lit with the fire of indignation.

“Will do.” Dante rolled his shoulders, like doing so would free him of Nico’s grip when they both knew only death or dishonour would do that. “Want a ride back to the office?”

“No.” He didn’t owe Dante an explanation.

Dante nodded and headed for the car double parked at the curb. Nico watched him get in and drive away. He waited for the car to disappear into traffic before he started walking.

Dante was a problem. Nico understood it, but he was still trying to settle on a strategy for dealing with it. He knew Dante resented him. That Dante believed his father, Gabriel Santoro, should have been Underboss to Nico’s father before his death. If that had been the case, Dante’s father would be Boss now, and Dante himself would be the crown prince of the New York territory.

Instead, a year before his death Nico’s father had inexplicably turned to Nico, pleading with him to step in as Underboss. Only twenty-seven at the time, Nico wasn’t ready to take on the mantel of responsibility held by his father. He didn’t even believe in the mob. Not the way it was then; stealing and killing and raping in the name of money. In the name of power.

But his father had been unsettled. Even Nico, as young and wrapped up in himself as he’d been at the time, could see that. And his father -- his family -- meant everything to him. So he’d gotten his act together and joined the business, learning it from the inside out. He was just beginning to feel like he had a handle on the basic operations when his parents were murdered, execution style, outside the restaurant where they’d met over three decades ago. They had been celebrating their thirty-second anniversary.

Nico had spent the two years since remaking his father’s legacy. Raneiro Donati, head of the Syndicate that acted as governing body to criminal organizations all over the world, had stepped in as a mentor and father figure, guiding Nico through the early stages of grief and the rage that threatened to undo him. Gradually, Nico had found a focus for his fury, and he’d poured every ounce of his energy into targeting that focus and reimagining his father’s legacy.

Some of Nico’s soldiers embraced the change. Others, like Dante, clung to the old ways. Nico understood, but the reorganization wasn’t optional. They would comply or they would be gone.

Nico didn’t like taking the girl. A decade ago, something like that would be off the table, a blatant breaking of rules that had been in place since before the Syndicate formally existed. But nothing could be rebuilt without first dismantling the rotting foundation of what had come before.

And unfortunately, the girl was part of that foundation.

He checked for traffic on 2nd Avenue and crossed just before a taxi barreled through the intersection. He felt liberated by his time at the church. Lighter on his feet. Maybe he would call one of the women who acted as a physical companion when he felt the urge.

After all, he wasn’t a saint. 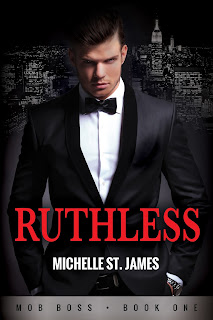 Two years out of college, Angelica Bondesan spends her time working as a barista, keeping in touch with her prodigal brother, and trying to figure out how to bridge the gap with her father, a wealthy real estate developer.

But all of that changes the night she’s kidnapped. Thrown into a windowless room, Angelica is positive there’s been some kind of mistake — until she meets Nico Vitale.

Gorgeous and frightening, Nico became the boss of New York City’s Vitale crime family after the execution style murder of his parents two years earlier. Since then he’s turned the old-school mob into a sleek, modern army of ruthless men who understand that physical violence — while always an option — isn’t the only way to get what you want.

Now Angel is forced to face the truth;

Her father is not the man she believed him to be.

She is falling in love with Nico Vitale.