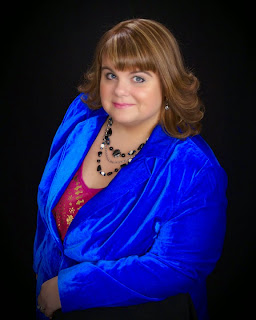 Ann Aguirre is a New York Times & USA Today bestselling author and RITA winner with a degree in English Literature; before she began writing full time, she was a clown, a clerk, a voice actress, and a savior of stray kittens, not necessarily in that order. She grew up in a yellow house across from a cornfield, but now she lives in sunny Mexico with her husband, children, and various pets. Ann likes books, emo music, action movies, and she writes all kinds of genre fiction for adults and teens, published with Harlequin, Macmillan, and Penguin, among others.

While Jael and Keelah were gone, Dred felt the walls closing in. The space they’d chosen was barely sufficient for their number, but it was well hidden and defensible. She inspected all the machines to see if there was anything worthwhile, but she didn’t know enough about ship mechanics to be sure. Plus, stripping some vital part in here might compromise the station’s systems, killing them before they were ready to take off.

So she was beyond relieved when the two returned . . . but Jael was carrying RC-17. That didn’t bode well.

He handed it to her before climbing out of the wall panel, and she checked it for damage. The scorch marks on the casing looked like it had been shot, but she didn’t think any of the prisoners, apart from her crew, had managed to steal rifles or weapons. Dred turned an icy look onto Vost and his men. The shorter merc, Duran, shifted uneasily. Both the grunts were younger than the commander, probably by as much as ten turns. Redmond had curly black hair and medium brown skin while the other was pale and freckled. Duran seemed to be the youngest of everyone, and he exuded a boyish air that was probably what drew Calypso.

“Something you want to tell me?” she prompted.

“Spit it out,” Vost ordered.

“Sorry, sir. When you sent us out to gather supplies a few days back, we ran across that unit. I thought it was scouting for our location, spying on us, so I blasted it.”

“Why didn’t you say something before?” Jael demanded.

Duran gave him a dark look. “You know how many cleaning bots I’ve run across up in this orbiting scrapyard? How would I know the one I shot is the exact droid you’re looking for?”

Tam shifted through the bodies crowded around the bro- ken unit to take a look, and Dred handed the metal carcass to him. With Ike gone, he likely knew the most about main- tenance and repair. A few minutes later, he let out a sigh.

“The battery’s completely fried. I’ll need to cannibalize another unit to get this one operational again.”

That was the key bit. If that was damaged, too, they could forget about ever finding Ike’s stashes. And that might mean the end of their escape plans. Dred leaned in, along with everyone else, until Tam motioned them to get out of his light. Sheepish, she fell back a step.

He poked around a little more before pronouncing, “It looks intact, but I won’t know for sure until 17 powers up.”

“So before we start scavenging for ship parts,” Redmond muttered, “we have to find droid parts.”

Calypso sighed at him. “Why is your brain so limited? There are nine of us. It makes more sense to figure out what we need, then divide into search teams.”

Jael offered a twisted smile. “Serious sodding hunt, bright eyes. The prize is freedom, the penalty for failure is execution.”

Praise for the Dred Chronicles:

"There's so much action, so much adventure, and more than that, it's great writing."
—USA Today

"Sirantha Jax fans may be intrigued to see what befell Jael after his ill-considered actions there, and new lead Dred is a strong linchpin for a promising new series."
—Publishers Weekly

"Spectacularly and spell-bindingly perfect with high octane action that keeps you on the edge of your seat and a romance that is surprisingly sweet and tender in a harsh and unforiving setting...This is honestly one of the best SF romance series I have read."
—Book Pushers 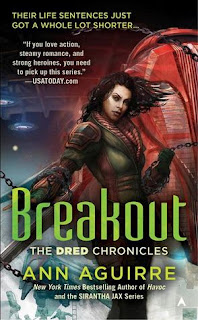 The prison ship Perdition has become a post-battle charnel house with only a handful of Dred’s soldiers still standing and now being hunted by Silence’s trained tongueless assassins. Forging an uneasy alliance with mercenary commander Vost—who is their only chance at escape—the Dread Queen will do whatever it takes to end her life sentence on Perdition and keep the survivors alive long enough to cobble together a transport capable of getting them off station.

If Dred and her crew can win the deadly game of cat and mouse, the payoff is not only life but freedom—a prize sweeter than their wildest dreams. Yet the sadistic Silence would rather destroy Perdition than let a single soul slip from her grasp…


Check out the rest of the Dred Chronicles Series on Goodreads HERE.