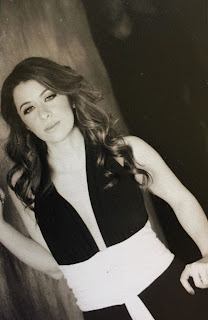 I hear the ominous sound of the door clicking behind him. And now we’re all alone. He crosses his arms and lean back against the door, as if guarding it from me making an exit. As if I could outrun him? I feel like a trapped bird.

His gaze sweeps over me.

From our previous encounters I’m guessing he doesn’t like the length of my dress, which I’m not going to lie, is part of the reason why I wore it tonight. Yes, I was looking for a reaction from him, and yes, I did just get one.

“Well?” I say, when it’s clear that he has no intention of breaking the awful silence. His eyes hold mine and I see the anger flash through them again.

“I’m so furious with you I don’t even know where to begin,” Clayton says in a dangerous voice.

I instinctively step back in fear.

He gives me a smile that doesn’t quite reach his eyes. And then takes a step away from the door.

I cross my arms, too, and do my best to look irritated. And confident. I hope I’m not failing miserably. I finally say, “You’re furious with me?”

Clayton takes another step toward me then looks at his cuff and picks off an imaginary piece of lint. He takes his time, methodically turning me into a giant piece of mush. Intentionally unnerving me. My heart is pounding so hard I don’t even know what to do. He’s so gut-wrenchingly gorgeous that I want to lose myself in him, want to believe that I made one god-awful assumption. But then there’s the other side of it, the one that makes me remember Amelia and what she looked like, and their past, and then I’m deathly afraid that I’ll believe a liar.

He finally looks up at me.

“Furious doesn’t even begin to fucking cut it, Sophie.”

“But right now I just need to take what’s mine. What I’ve been dying to have since the moment I watched you upstairs.”

I don’t have time to think. Or breathe. Because in less than three seconds I’m pulled into his arms and his lips capture mine. I don’t have the energy or the desire to stop him. My arms curl around his neck as I allow him to cup my bottom and pull my body up against his. I can feel how hard he is for me and I instinctively grind my hips into his.

And everything in between. 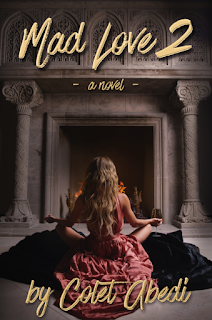 Heartbroken by the handsome and enigmatic Clayton Astor Sinclair, Sophie Walker has put her whirlwind romance with him in the Maldives behind her and is determined to focus on her career as an artist.

But when her new job in the south of France turns out to be too good to be true, she can't help but wonder if she is making a mistake. Their passion cannot be denied, but when Clayton shuts her out after a family tragedy, Sophie is determined to fight for what is right.

She must defy all odds to find her own happily ever after.


Check out the rest of the Mad Love Series on Goodreads HERE.