Release Day Blast: One Night With the Billionaire (A Virgin, A Billionaire, and A Marriage #2) by Lauren Hawkeye 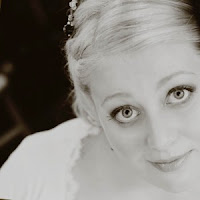 Lauren Hawkeye/ Lauren Jameson never imagined that she’d wind up telling stories for a living… though when she looks back, it’s easy to see that she’s the only one who is surprised. Always “the kid who read all the time”, Lauren made up stories about her favorite characters once she’d finished a book… and once spent an entire year narrating her own life internally. No, really. But where she was just plain odd before publication, now she can at least claim to have an artistic temperament.

Lauren lives in the Rocky Mountains of Alberta, Canada with her husband, toddler, pit bull and idiot cat, though they do not live in an igloo, nor do they drive a dogsled. In her nonexistent spare time Lauren can be found knitting (her husband claims that her snobby yarn collection is exorbitant), reading anything she can get her hands on, or sweating her way through spin class. She loves to hear from her readers!


Excerpt from One Night With the Billionaire (A Virgin, A Billionaire, and A Marriage #2):

There are heavy footsteps behind me. The muscles of my legs burn—my quads, my hamstrings, my glutes.

Sitting in traffic at the end of the alley is a sleek black Porsche. Rental plates.

My hands reach for the door, fumble for the handle.

The thundering steps behind me are growing closer. The door is, miraculously, unlocked. It opens under my shaking fingers. With the last of my strength, a final surge born of adrenaline, I fling myself into the back seat, the scent of leather and new car surrounding me like a blanket.

“What—” The driver’s voice is male, and it swears when a bullet thuds into the metal of the door that I slam closed behind me. There’s a screech of tires, and I slam into the seats in front of me as the driver wheels out into traffic with speed and surprising skill.

“Drive.” I don’t recognize my own voice. It’s harsh, raw, like the shredded soles of my feet. “Please. Get me out of here.”

The driver doesn’t reply, concentrating on his driving as I slowly, painfully, pull myself to a sitting position. I shift so that I can look at him in the rearview mirror.

Our eyes meet, caramel and soft gray, and an electric current burns away the remnants of shock.

It’s the man from the club. 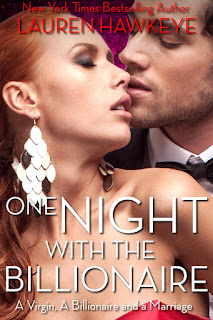 Certifiable genius Mari Hart has spent her life focusing on school and getting ahead. Freshly out of school at age twenty, with two doctorates in hand and no idea what to do next, Mari decides to allow herself one night to be young, something she’s never done before. She’s smart, and she’s responsible—what could go wrong?

But at Florida’s hot, kinky new nightclub she sees something that she shouldn’t, and even her incredible intelligence can’t save her—but billionaire Alexios Kosta can. One of the world’s richest men—one with dark secrets of his own—Alexi has the power to make all of Mari’s problems go away.

The catch? To obtain full protection, Mari must become Alexi’s wife. And it isn’t long before their public displays of affection spark something far hotter than either could ever have imagined…


This is book two of the A Virgin, A Billionaire and a Marriage series. It is a category length novel that stands alone- no cliffhangers!


Check out the rest of the A Virgin, A Billionaire, and a Marriage Series on Goodreads HERE.

One Night With the Billionaire (A Virgin, A Billionaire, and A Marriage #2) Release Day Blast Arranged By InkSlinger PR.