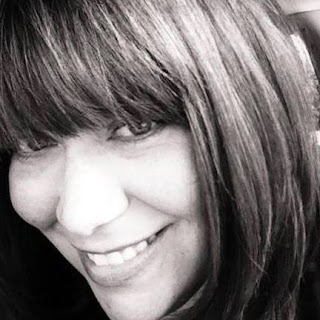 **Residing in New York with her husband and two children, Ashley Pullo is an author, an entertainment blogger, and an advocate for cultural literacy.**

Hey y'all!
NYC is an amazing place to find inspiration - the random and the ordinary that make up reality. My writing showcases inspired ideas, as well as my love for dichotomy, authenticity, pop-culture, and humor.

Thessaly and Levi walk along the crowded sidewalk as a couple completely in sync. It’s a comfortable gait for both, moving to the sounds of the City while dissolving into the blanket of humidity. At the next block, Levi pulls Thessaly in the direction of a shaved ice truck and laughs.

“What would happen if we ask for every flavor of syrup?”

“Other than it probably being brown in color? We would experience the tastiest shaved ice on the planet!” she chirps.

Joining the long line, Thessaly shifts her weight every few minutes, smiling through the pain of blisters forming from her unforgiving pumps. “We’re next,” she says in relief.

Moving to the counter to order, Thessaly glances at Levi’s profile – watching as he tightens his lips and rubs his chin. “Sure,” she replies.

Ringing a bell, the young man in the shaved ice truck asks, “What’ll you have?”

Levi places his arm on the counter of the truck and replies, “You have quite the creative menu. Although, the oatmeal chai surprise sounds a little scary.” Tapping the stainless steel counter, Levi demands, “Here’s what we want – orange, strawberry, lemon, peach, pineapple, and cherry.”

“So you want all the flavors? That’s our clusterfuck.”

“Right, but what if we don’t want the blue raspberry?” Levi leans into Thessaly and whispers, “If the shaved ice ends up being the color of your dress, then you have to kiss me.”

Laughing, Thessaly agrees. “Can we add cream? And gummi worms?”

The young man in the food truck shakes his head and rolls his eyes, clearly at his daily limit with the random demands of the Seaport yuccies (young urban creatives.) Before buying a used food truck, Kirk Diamond was a bartender. Not a very good one – often dropping bottles of top shelf tequila while performing the iconic scene from Cocktail. When he stumbled upon a funky truck at a decent price, he cashed in his savings and set up seasonal rotations in the Seaport. Summer is Kirk’s biggest season, followed by the hard cider frozen treats during the fall.

As Kirk packs the massive mound of delicate ice into a Chinese food container, people in line start to clap – prompting him to do a few tricks. He drizzles every hue of red, orange, and yellow syrup over the ice while busting a few dance moves from the nineties. The addition of the cream comes last – the grand finale. Kirk cups his hand to his ear, begging for more applause. Once he’s satisfied with the gratitude, he flips the plastic bottle of cream syrup in the air, spins around in a full rotation, and then catches the bottle behind his back.

The line forming at the truck goes wild and demands more. Kirk simply smiles and places a huge tip jar on the counter. Returning to the icy clusterfuck, Kirk adds the final garnishes – a wedge of pineapple, two gummi worms, two umbrellas, one straw, and one spoon. “Ten bucks,” Kirk announces.

With a cocky smile and the expression of a victor, Levi takes the carton and passes it to Thessaly. He gives Kirk a ten, and then drops a five in the jar of singles. “Thanks, man.”

As Levi and Thessaly walk off in the other direction, Levi grabs her waist and spins her in front of him. “Lemme see,” he demands.

Using the plastic spoon, Thessaly scoops the delicate yellow-orange ice into a small bite. She slowly brings the spoon toward Levi, watching as he licks his lips and opens his mouth. Levi leans forward and eats from the spoon, allowing the ice to melt on his tongue while the drops of orange sugar dissolve inside his mouth. “I’d say the color is your perfect match,” Levi whispers.

“Oh really?” Thessaly teases, parting her lips for a kiss.

Raising his eyebrows, Levi leans in and kisses Thessaly’s cheek. He takes the carton of ice and moves ahead of Thessaly, dangling a gummi worm above his mouth before ripping it from his fingers.

Trailing behind him with an annoyed grin, Thessaly shouts, “Hey, Jones, I don’t normally like to follow!”

Slowing his pace with his elbows out and his chest puffed, Levi smirks. “Oh?” He stops abruptly and pulls Thessaly close to him, one hand on her waist and the other hand holding the carton of shaved ice above her head.

She smiles and asks, “Can I have some?”

Nodding his head, Levi lowers the carton to feed Thessaly the wedge of fresh pineapple. He places the yellow tip between her parted lips, quietly groaning as her red mouth pinches the fruity flesh. Staring into each other’s eyes while crowds of people move around them, they smile – a secret smile dedicated to the sensual foreplay of sweet, juicy fruit.

As they continue their stroll along Front Street, the conversation spans from a television series on Netflix, to the recipe of Ikea Swedish meatballs. There’s no stammering or awkward silence – the dialogue seems to flow as if it were written just for them. Thunder rumbles over the river, and the humidity spikes uncomfortably, but the two are so engaged in each other that they fail to realize the scene is changing. Because Thessaly and Levi are simply characters within the bigger story – passing figures on crowded streets, assimilated residents of a vibrant city, and specks of color on a gray canvas.

Join Ashley along with some of your favorite authors, including Tessa Bailey, Natasha Boyd, Kim Holden, CM Foss, R.S. Grey, S.L. Scott and more to celebrate the upcoming release of New Amsterdam! Find more info and join the fun HERE!

Inspired by the captivating stories from Humans of New York, and the narrative structure of a television mini-series, Ashley Pullo lends her unique voice to a new series releasing this fall. Combining her unmistakable wit and distinct writing style, New Amsterdam will feature a trio of petite novels chronicling the lives of three women as they define love in NYC.

Thessaly Sinclair is an artisanal shop owner in the historic Seaport district of Lower Manhattan. She’s savvy and charming, and appears to have it all, but a romantic hang-up is holding her back from experiencing true love.

Julia Pierce is a popular wedding columnist for a large NYC newspaper. She creates modern fairy tales by penning editorials about average couples. Cynical and cautious, Julia must define love by writing her own story.

Darby Wallace is an anthropologist reporting human interest stories for a trendy online magazine. She watches people, studies their habits, and then gives them an interesting narrative - but her own life is a spiraling disaster of bad decisions. Selfish and careless, Darby must seek the help of a mysterious stranger in order to understand the power of human connection. 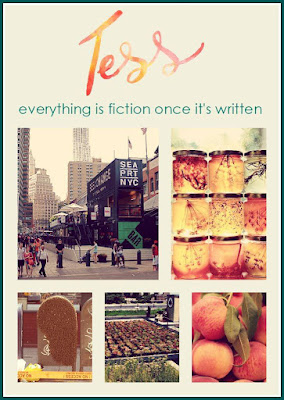