Cover Reveal: Lust Is The Thorn by Jen McLaughlin 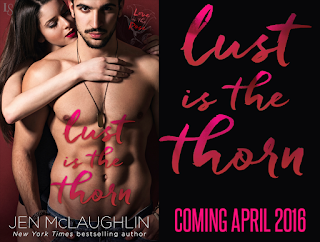 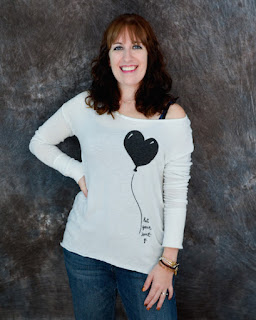 Jen McLaughlin is the New York Times and USA TODAY bestselling author of sexy books with Penguin Random House. Under her pen name, Diane Alberts, she is also a USA TODAY bestselling author of Contemporary Romance with Entangled Publishing. Her first release as Jen McLaughlin, Out of Line, hit the New York Times, USA TODAY and Wall Street Journal lists. She was mentioned in Forbes alongside E. L. James as one of the breakout independent authors to dominate the bestselling lists. She is represented by Louise Fury at The Bent Agency.

Though she lives in the mountains, she really wishes she was surrounded by a hot, sunny beach with crystal-clear water. She lives in Northeast Pennsylvania with her four kids, a husband, a schnauzer mutt, and four cats. Her goal is to write so many well-crafted romance books that even a non-romance reader will know her name. 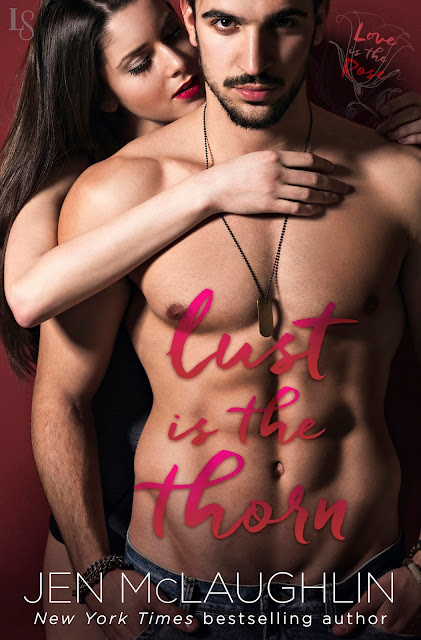 
From the bestselling author of Bad Romance (“A sexy, emotional, steamy read.”—Addison Moore) comes an edgy novel about a reformed bad boy training to be a priest and the fallen angel who makes him think twice about giving up earthly pleasures.

Growing up hard and fast on the mean streets of Chicago, Thorn McKinney didn’t have a prayer—until tragedy inspired him to join the seminary. Now the time has come to take his vows, and yet he’s haunted by the woman he can’t leave behind: his best friend’s little sister. Despite Thorn’s promises that he’d keep her safe, she’s going through hell. And now he finds himself torn between duty and desire, entranced by the seductive pull of her trusting eyes, innocent heart, and sinfully sweet curves.

Trying to let Thorn pursue his calling, Rose Gallagher has been hiding some things: namely her abusive boyfriend and her job as a stripper. But when she hits rock bottom, Thorn is there for her—and now there’s no denying the raw temptation that draws them together in their darkest moments. Rose may have found salvation in his strong arms, but she knows that Thorn must choose his own path: in the church, or in the warm embrace of a woman’s love.

Lust Is The Thorn Cover Reveal Arranged By InkSlinger PR.