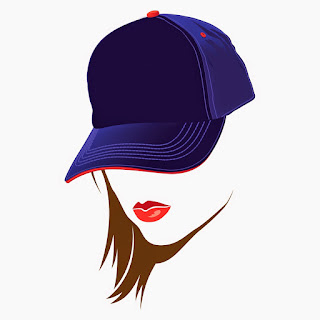 Collette West grew up as somewhat of a jock-nerd hybrid. Entering the world three weeks premature, her dad nearly missed her birth because he had seats behind the dugout for a sold-out, highly-anticipated match-up between two of baseball's biggest rivals. Not to be outdone, her book-loving mom taught her how to read by the time she was three. A love of the game coupled with an appreciation for the written word were instilled in Collette's impressionable brain from a young age. No wonder her characters believe in the philosophy: sports + romance = a little slice of heaven.

Splitting her time between the Pocono Mountains and Manhattan, Collette indulges her inner fangirl by going to as many games as she can from hockey to baseball and downloading every sports romance novel in existence onto her iPad. When she's not clicking away on her laptop, she enjoys walking her dog in Central Park, satisfying her caffeine craving at the Starbucks on Broadway and keeping an eye out for Mr. Right. But above all, she loves dishing with her readers.

She is the author of NIGHT GAMES, GAME CHANGER and GAME ON.

And I'm going to drag it out of him, one kiss at a time if I have to.

He didn't want to come up to my room with me, but he did, and that tells me all I need to know.

By following me up here, he conceded any chance he had at maintaining home-field advantage. Yet, based on the way he's ravishing my mouth, he fully intends to score.

I tease him with my tongue, prodding him to let go and give in to me. He groans, nipping at my bottom lip before quickly soothing it over with his tongue. I smile against his lips, loving how his gentle side is always quick to emerge, even when he's attacking my mouth, consumed with desire.

The elevator chimes and the door slides open, but he doesn't stop. Instead, he walks backward with me clinging to his body, his mouth all over mine. Luckily, I made sure to have my keycard in hand before leaving the ballroom. It takes me a few tries before I'm finally able to swipe it over the automated lock, and then we crash through the door, blindly stumbling across the room before collapsing onto the bed.

"Jake!" I gasp, breaking away from him.

But he just recaptures my lips, not even giving me a chance to catch my breath. 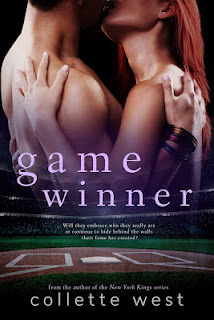 Playing center field for the New York Kings, Jake Woodbury has one of the most prestigious jobs in all of sports. To the world, he's the good-looking, soft-spoken minister's son who’s survived celebrity without a hint of scandal. But, inside, he's reeling from a secret that seems destined to haunt him forever.

Scarlett Moore is one of the biggest pop stars on the planet, famous for singing about her celebrity ex-boyfriends. The CEO of her record label has carefully honed her provocative image since she was fifteen. Sex sells, and Scarlett’s well aware that it takes more than talent to stay on top.

One thing is clear: She’s the last thing Jake needs. And he’s the do-gooder jock she should avoid at all costs. But when the game begins, all bets are off.


Check out the rest of the New York Kings Series on Goodreads HERE.