So, Halloween is supposed to be all about the creepy and fantastical; basically either the stuff of nightmares or the celebration of deception and re-imagining one's self, right? I mean, dressing up in costumes that scare others or being sexy and outgoing when that might not be your natural personality. I think that's why I love Halloween. Anything is possible, when the sun goes down for the night.

But, let's face it. Scary isn't the sole property of Halloween night. People can be frightened, their hearts beating faster, and breath caught in their throat on any day of the year. So, in that vein, I thought I'd share some of the things that made an impact on me in the creepy department when it wasn't Halloween.


5. SALEM'S LOT and IT by Stephen King

Well, I don't even have to break this tie, because these two books have so much in common. Their ultimate creep-factor, and the author who wrote them.

Those creepy twins. Redrum. Jack Nicholson on that roller coaster ride of insanity that started out slow, then careened wildly out of control by the end of the movie. Classic.

I've seen both versions. Although from a cinematic standpoint, I thought that the original just blew the re-make out of the water, there's no denying that they are both nightmare worthy. 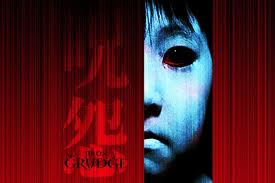 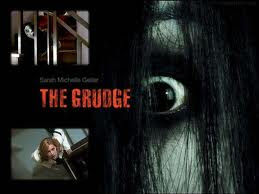 2. AFTERLIFE: DANIEL ONE AND TWO 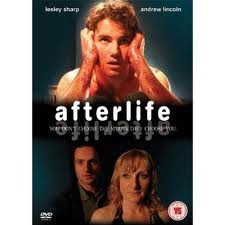 This is one that I don't expect many people to be familiar with, because it is (or was, before it was cancelled) a British television series. I think I watched this particular episode on PBS, or something like that, but when I recognized the actress recently in the DOCTOR WHO: MIDNIGHT episode, I remembered how freaky I though the concept of the show was. After ponying up much bucks for overseas delivery from Amazon UK, I had the whole series in my possession. Oh, and maybe Andrew Lincoln looks familiar? He was in LOVE, ACTUALLY, but even more exciting, he'll be seen in the upcoming THE WALKING DEAD on AMC! 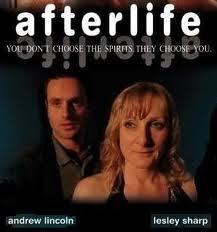 From IMDB: While researching a book, the author introduces Allison to Daniel, who has been committed to an institution after a girl friend was injured in his presence. Daniel claims he didn't do it, that it was Daniel-2, an entity that has been with him since childhood and is becoming increasingly violent. Allison is skeptical about the existence of the entity, but continues to visit Daniel in hopes she can help him.
I recommend watching from 2:45 to 5:01 in the following video. This is just the intro; the section before the credits to whet your appetite. 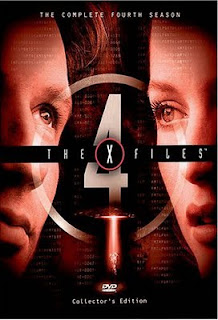 This is the first X-FILES episode that truly creeped me out. And it's from season four, so that's saying something.

From IMDB: The remains of an infant suffering from an uncharted amount of birth disabilities are uncovered in a field in rural Home, Pennsylvania. The only suspicious residents are three brothers who have lived on their family farm for twenty-some years. They live there alone. Or do they? 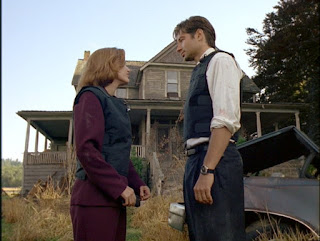 So, what do you think? Sufficiently creepy for a Halloween post? Got your own suggestions? Let me know in the comments section. As part of my Eight Days of Halloween, I'll pick one random commenter to win a *signed* paperback copy of THE HOLLOW by Jessica Verday.

Contest runs until 6pm Eastern on November 4th. I'll announce the winner on the blog, so no need to leave an email address, but please remember to check back on the week of November 8th for the announcement of the winner. 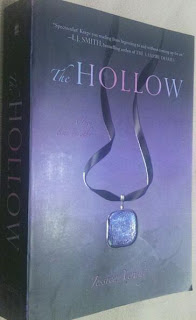 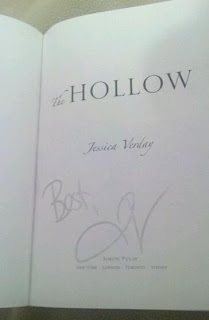 From Good Reads: When Abbey's best friend, Kristen, vanishes at the bridge near Sleepy Hollow Cemetery, everyone else is all too quick to accept that Kristen is dead and rumors fly that her death was no accident. Abbey goes through the motions of mourning her best friend, but privately, she refuses to believe that Kristen is really gone. Then she meets Caspian, the gorgeous and mysterious boy who shows up out of nowhere at Kristen's funeral, and keeps reappearing in Abbey's life. Caspian clearly has secrets of his own, but he's the only person who makes Abbey feel normal again...but also special.

Just when Abbey starts to feel that she might survive all this, she learns a secret that makes her question everything she thought she knew about her best friend...

HAPPY HALLOWEEN TO ALL!
Posted by Lillie (AliseOnLife)

Email ThisBlogThis!Share to TwitterShare to FacebookShare to Pinterest
Labels: Read My Mind Giveaways