Three bestselling authors, Shiloh Walker, Jaci Burton, and Lisa Renee Jones are getting together to promote their upcoming releases. Here's a little about their books: 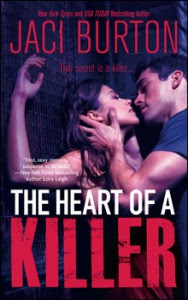 NO ONE SAID COMING HOME WOULD BE EASY

But for Dante Renaldi, it's murder.

Before the Special Forces hero has even unpacked his bags from twelve years of active duty, he's embroiled in murder—corpses bearing the brutal trademark he's seen only once before—on the worst night of his life.

The last time Detective Anna Pallino saw Dante Renaldi, they were in love. Now, he's part of the connection to a string of fresh homicides and a horrible assault Anna only survived thanks to him.

More than anything, Anna wants to trust Dante. But as the bodies and the coincidences stack up, Anna will have to decide, and fast: Is the man she owes her life to the very same one who wants her dead? 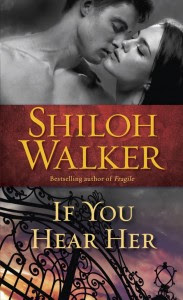 A CRY IN THE WOODS

The scream Lena Riddle hears in the woods behind her house is enough to curdle her blood—she has no doubt that a woman is in real danger. Unfortunately, with no physical evidence, the local law officers in small-town Ash, Kentucky, dismiss her claim. But Lena knows what she heard—and it leaves her filled with fear and frustration.

Ezra King is on leave from the state police, but he can’t escape the guilty memories that haunt his dreams. When he sees Lena, he is immediately drawn to her. He aches to touch her—to be touched by her—but is he too burdened by his tragic past to get close?

When Ezra hears her story of an unknown woman’s screams, his instincts tell him that Lena’s life is also at risk—and his desire to protect her is as fierce as his need to possess her. 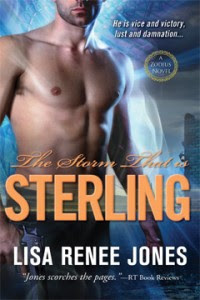 Adam, the leader of the evil Zodius soldiers has developed a street drug from his newborn’s DNA that is so addictive that he could easily created a worldwide dependency on him as the only source, as withdrawal kills the user. This drug will give Adam the power to rule the entire population if his plan for mass distribution is achieved. Sterling, and a brilliant, cancer stricken scientist, must stop Adam before it’s too late. But can Sterling trust this woman when he discovers this drug might be her only way of surviving cancer?. Is he in bed, and in love, with the enemy?

He was created, molded, formed from life, love, and misery…

Lethally daring. Ruthlessly passionate. He invites death to his door. Welcomes it with each breath he draws, each step he takes. And thus he is danger. A volatile storm that will sweep across the calm realms of humanity and shake it to the depths of its core. And that storm is…Sterling.


Check back to this page for updates and details!
Posted by Lillie (AliseOnLife)

Email ThisBlogThis!Share to TwitterShare to FacebookShare to Pinterest
Labels: contest, talking about books