Series: none
Source: Publisher via Around the World ARC Tours, no other compensation given for an honest review 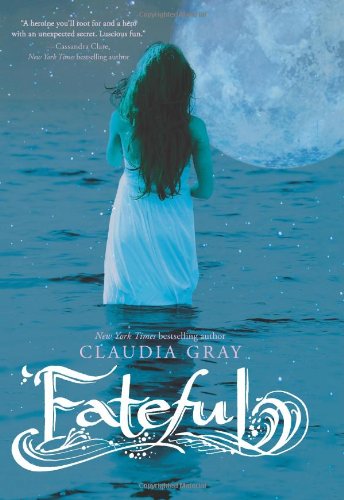 From Good Reads:
Eighteen-year-old maid Tess Davies is determined to escape the wealthy, troubled family she serves. It’s 1912, and Tess has been trapped in the employ of the Lisles for years, amid painful memories and twisted secrets. But now the Lisle family is headed to America, with Tess in tow. Once the ship they’re sailing on—the RMS Titanic—reaches its destination, Tess plans to strike out and create a new life for herself.

Her single-minded focus shatters when she meets Alec, a handsome first-class passenger who captivates her instantly. But Alec has secrets of his own. He’s in a hurry to leave Europe, and whispers aboard the ship say it’s because of the tragic end of his last affair with the French actress who died so gruesomely and so mysteriously. . . .

Soon Tess will learn just how dark Alec’s past truly is. The danger they face is no ordinary enemy: werewolves exist and are stalking him—and now her, too...

My Review:
Werewolves. On the Titanic. Yes, I had the same reaction that most readers and reviewers did when approaching this book. Well, maybe not the same reaction. I mean, I wasn't doubtful of the premise or reluctant to have high expectations. I just repeated several times: Werewolves. On the Titanic. But, here's the thing. I rather enjoyed FATEFUL.

Yes, it was basically Kate and Leo, except this Leo turned furry and had fangs every once in a while. I kinda like the love-struck, but doomed couple idea. Probably why I adore Romeo and Juliet (Hey, it's Leo again...), and Gray did a good job with Tess and Alec. I knew that Alec was a werewolf, and I knew that love between the upper class and a maid was strictly forbidden. I knew that this was the Titanic, so tragedy was a given. What I liked about Gray's writing was that, despite a certain amount of predictability plot-wise, there was still a bit of suspense. There was something there that kept me reading.

FATEFUL is ultimately a good, fairly quick and easy read. If anyone has seen the movie Titanic, you know the story. But, if you enjoyed the story, you will enjoy this book. It is not the typical historical novel redux that seems to have grown into it's own genre. It is Titanic with paranormal elements, but skillful enough that it doesn't just seem like Titanic insert werewolves.