Read My Mind is happy to present this cover reveal of CHOSEN ONES by Tiffany Truitt. 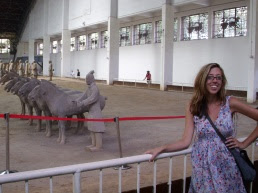 About the author:
Tiffany Truitt was born in Peoria, Illinois. A self-proclaimed Navy brat, Tiffany spent most of her childhood living in Virginia, but don’t call her a Southerner. She also spent a few years living in Cuba. Since her time on the island of one McDonalds and Banana Rats (don't ask), she has been obsessed with traveling. Tiffany recently added China to her list of travels (hello inspiration for a new book).

Besides traveling, Tiffany has always been an avid reader. The earliest books she remembers reading belong to The Little House on the Prairie Series. First book she read in one day? Little Woman (5th grade). First author she fell in love with? Jane Austen in middle school. Tiffany spent most of her high school and college career as a literary snob. She refused to read anything considered "low brow" or outside the "classics."

Tiffany began teaching middle school in 2006. Her students introduced her to the wide, wonderful world of Young Adult literature. Today, Tiffany embraces popular Young Adult literature and uses it in her classroom. She currently teaches the following novels: The Outsiders, Speak, Night, Dystopian Literature Circles: The Hunger Games, The Giver, The Uglies, and Matched.

What if you were mankind’s last chance at survival?

Sixteen-year-old Tess lives in a compound in what was once the Western United States, now decimated after a devastating fourth World War. But long before that, life as we knew it had been irrevocably changed, as women mysteriously lost the ability to bring forth life. Faced with the extinction of the human race, the government began the Council of Creators, meant to search out alternative methods of creating life. The resulting artificial human beings, or Chosen Ones, were extraordinarily beautiful, unbelievably strong, and unabashedly deadly.

Life is bleak, but uncomplicated for Tess as she follows the rigid rules of her dystopian society, until the day she begins work at Templeton, the training facility for newly created Chosen Ones. There, she meets James, a Chosen One whose odd love of music and reading rivals only her own. The attraction between the two is immediate in its intensity—and overwhelming in its danger.

But there is more to the goings-on at Templeton than Tess ever knew, and as the veil is lifted from her eyes, she uncovers a dark underground movement bent not on taking down the Chosen Ones, but the Council itself. Will Tess be able to stand up to those who would oppress her, even if it means giving up the only happiness in her life? 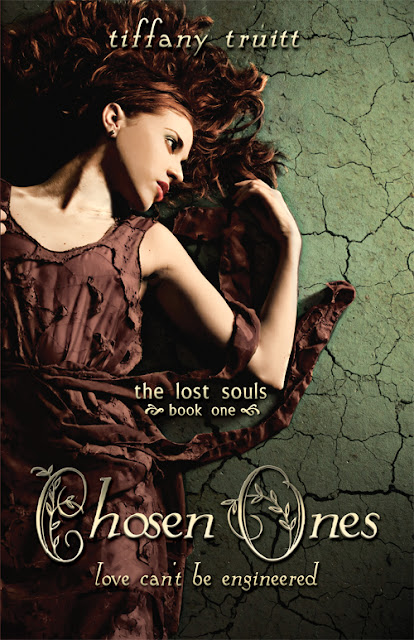 This cover reminds me of FALLING UNDER by Gwen Hayes (YA) and RIVER MARKED by Patricia Briggs (Adult PNR). I love the hair spreading out, the cracked ground and the ornamentation of the "C" and the "O" in the title. The tagline is also intriguing.


What do you think? Leave some comment love!
Posted by Lillie (AliseOnLife)