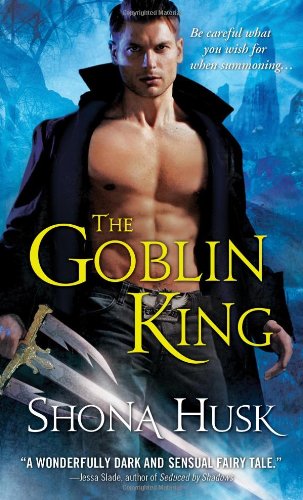 The Goblin King
A man was cursed to the Shadowlands, his heart replaced with a cold lump of gold. In legends he became known as The Goblin King.

For a favored few he will grant a wish. Yet, desperately clinging to his waning human soul, his one own desire remains unfulfilled: A Willing Queen.

But who would consent to move from the modern-day world into the realm of nightmares? No matter how intoxicating his touch, no matter how deep his valor, loving him is dangerous. And the one woman who might dare to try could also destroy him forever.
My Good Reads Rating: 4 Stars 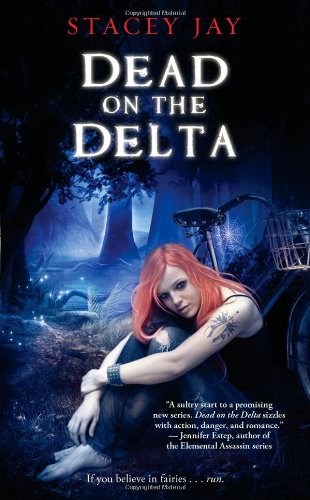 Dead on The Delta
Once upon a time, fairies were the stuff of bedtime stories and sweet dreams. Then came the mutations, and the dreams became nightmares. Mosquito-size fairies now indulge their taste for human blood—and for most humans, a fairy bite means insanity or death. Luckily, Annabelle Lee isn’t most humans. The hard-drinking, smart-mouthed, bicycle-riding redhead is immune to fairy venom, and able to do the dirty work most humans can’t. Including helping law enforcement— and Cane Cooper, the bayou’s sexiest detective—collect evidence when a body is discovered outside the fairy-proof barricades of her Louisiana town.

But Annabelle isn’t equipped to deal with the murder of a six year- old girl or a former lover-turned-FBI snob taking an interest in the case. Suddenly her already bumpy relationship with Cane turns even rockier, and even the most trust-worthy friends become suspects. Annabelle’s life is imploding: between relationship drama, a heartbreaking murder investigation, Breeze-crazed drug runners, and a few too many rum and Cokes, Annabelle is a woman on the run—from her past, toward her future, and into the arms of a darkness waiting just for her...
My Good Reads Rating: 5 Stars

Chosen By Fate
Although he keeps company with a vampire and a were, human Shaman Caleb O'Flare can definitely hold his own. But neither his psychic ability nor his healing powers can help his sexy-as-hell teammate, Wraith-a ghost with no memory of her human existence, who cannot experience touch without pain. No wraith has managed to exist past its tenth year, so her time is about to run out. She wants only two things before accepting her fate: to learn her human identity, and experience one night with Caleb...
My Good Reads Rating: 4 Stars 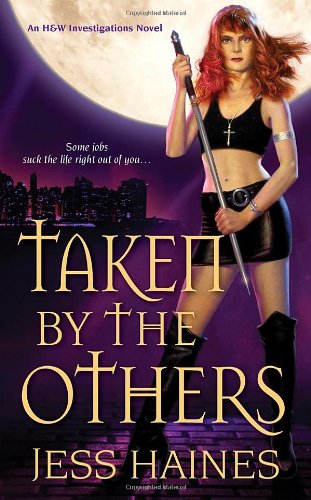 Taken By the Others
Once, New York P.I. Shiarra Waynest's most pressing problem was keeping her agency afloat. Now she's dealing with two dangerous, seductive vampires who have been enemies for centuries. The only thing Max Carlyle and Alec Royce agree on is that they both want Shia - for very different reasons. Max is determined to destroy Shia for killing his progeny, while Royce's interest is a lot more personal. That's not sitting well with Shia's werewolf boyfriend, Chaz. As the feud between Max and Royce gets ever more deadly, a powerful vampire-hunting faction is urging Shia to join their side. Shia has always believed vamps were the bad guys, but she's discovering unexpected shades of grey that are about to redefine her friends, her loyalties - and even her desires.
My Good Reads Rating: 4 Stars

Fate's Edge
Audrey Callahan left behind her life in the Edge, and she's determined to stay on the straight and narrow. But when her brother gets into hot water, the former thief takes on one last heist and finds herself matching wits with a jack of all trades...

Kaldar Mar -a gambler, lawyer, thief, and spy-expects his latest assignment tracking down a stolen item to be a piece of cake, until Audrey shows up. But when the item falls into the hands of a lethal criminal, Kaldar realizes that in order to finish the job, he's going to need Audrey's help...
My Good Reads Rating: 5 Stars

Established Series (Top 5 reads that are 4th or later in a series):

Late Eclipses
October "Toby" Daye is half-human, half-fae-the only changeling who's earned knighthood. But when someone begins targeting her nearest and dearest, it becomes clear that Toby is being set up to take the fall for everything that's happening.
My Good Reads Rating: 4 Stars

Dark Sins and Desert Sands
Escaping a hellish Syrian prison, U.S. serviceman Ray Stavrakis emerged with uncanny mind-control powers and an eerie ability to morph into a mythical Minotaur. As a half man, half bull, Ray had legendary power, but only one woman could prove his innocence. The woman who'd driven him to the brink of insanity with her cool-eyed interrogation and her hot-blooded sensuality.

But Vegas psychologist Layla Bahset had no memory of Ray or her past. Only a feeling of being stalked by a nonhuman predator. Was it Ray…whose eyes condemned her soul even as his hands ignited her body? Or was another evil force at work? But nothing could stop Layla from remembering what she was…and what her evil creator had planned for her and her soldier lover….
My Good Reads Rating: 4 Stars

Infatuation*
Francis McKade is a man in lust. He’s had a crush on his best friend’s little sister for years but he has never acted on it. Besides that fact that she’s Malachi’s sister, he’s a Seal and he learned his lesson with his ex-fiancé. Women do not like being left alone for long months at a time. Still, at a wedding in Hawaii anything can happen—and does. Unfortunately, after the best night of his life, he and Mal are called away to one of their most dangerous missions.

Shannon is blown over by Kade. She’s always had a crush on him and after their night together, it starts to feel a little like love. But, after the mission, Kade never calls or writes and she starts to wonder if it was all a dream. Until one night, her brother Mal drags him into her bar and grill and Shannon gets the shock of her life.

Kade isn’t the man Shannon knew in Hawaii, or even the last few years. Losing a friend and being injured changes a man, especially one who had never felt so vulnerable. He still can’t shake the terror that keeps him up at night. Worse, he is realizing that the career he loves just might be over.

Shannon is still mad, but she can’t help but hurt for the man she loves. He is darker, a bit more dangerous, but beneath that, he is the Kade she's known for so many years. When he pushes her to her limits in the bedroom, Shannon refuses to back down. One way or another, this military man is going to learn there is no walking away from love—not while she still has breath in her body.
My Good Reads Rating: 5 Stars

Spider's Revenge
Killing used to be my regular gig, after all. Gin Blanco, aka the Spider, assassin-for-hire. And I was very, very good at it. Now, I’m ready to make the one hit that truly matters: Mab Monroe, the dangerous Fire elemental who murdered my family when I was thirteen. Oh, I don’t think the mission will be easy, but turns out it’s a bit more problematic than expected. The bitch knows I’m coming for her. So now I’m up against the army of lethal bounty hunters Mab hired to track me down. She also put a price on my baby sister’s head. Keeping Bria safe is my first priority. Taking Mab out is a close second. Good thing I’ve got my powerful Ice and Stone magic—and my irresistible lover, Owen Grayson—to watch my back. This battle has been years in the making, and there’s a good chance I won’t survive. But if I’m going down, then Mab’s coming with me . . . no matter what I have to do to make that happen.
My Good Reads Rating: 5 Stars

Eternal Rider*
His name is Ares, and the fate of mankind rests on his powerful shoulders. If he falls to the forces of evil, the world falls too. As one of the Four Horsemen of the Apocalypse, he is far stronger than any mortal, but even he cannot fight his destiny forever. Not when his own brother plots against him.

Yet there is one last hope. Gifted in a way other humans can't-or won't-understand, Cara Thornhart is the key to both this Horseman's safety and his doom. But involving Cara will prove treacherous, even beyond the maddening, dangerous desire that seizes them the moment they meet. For staving off eternal darkness could have a staggering cost: Cara's life.
My Good Reads Rating: 5 Stars

(*Though this title is the first in an off-shoot series, there is either world-building and/or relationships that are established in the original series that contribute to the over all plotline of the current series or book.)
Posted by Lillie (AliseOnLife)