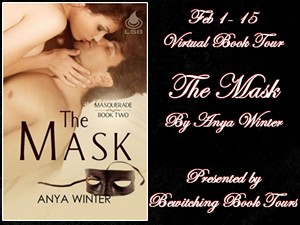 Thank you to Bewitching Book Tours and Anya Winter for today's promo of THE MASK. See my 3 star review for Winter's short and spicy book HERE.

Once upon a time … is how the stories used to start.
Not anymore. Now they start with chocolate (and maybe a little bit of passion).
At least in Anya’s world where passionate pleasures are explored …
One Story at a Time!
Don’t miss out on The Master: Book One of the Masquerade Series.
Website | Twitter | GoodReads 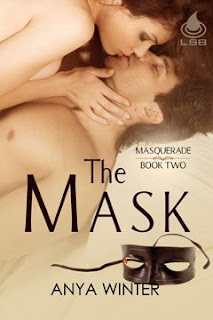 Eve Manor is a pastry chef with a passion for chocolate and romance. During the annual masked Black and Lace ball, Eve has a plan. She created a signature chocolate dish that was sure to knock the socks off every famous chef and food critic attending the ball. Everything hinges on the night’s success.

Anya is graciously offering one lucky reader an e-book copy of the first book in the MASQUERADE series, THE MASTER. Just leave a comment or question for the author to enter. 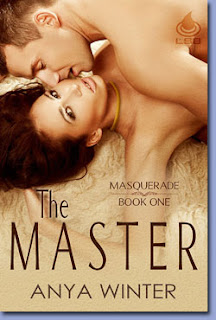 A semi-naked photo, taken almost ten years, almost ruins everything for Madison Pearce. With a glass of champagne in hand, Madison is about to call her recent job a success, until she is pulled her into a private room and a secret, one from her past, resurfaces.
Along with the lover, she never expected to see again...

Rules:
Must be 18+
One entry per person
Leave a way to contact you in the comment
One winner will be chosen
Ends February 16th, 2:59AM EST (11:59PM PST)
Posted by Lillie (AliseOnLife)