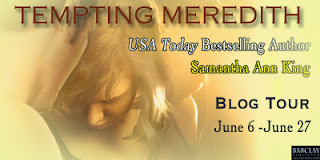 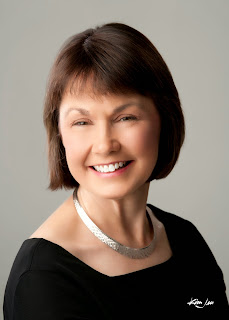 Samantha Ann King was born and raised in Houston, Texas. After receiving her BBA in Finance from Texas A&M University and marrying her high school crush (notice she didn’t say sweetheart), Samantha relinquished her “native Texan” status and moved to Baton Rouge. She has called Albuquerque, New Mexico home since 1985. The mother of three has volunteered in the community as an advocate for children’s issues ranging from education to healthcare. In 2010, as her nest started to empty, she began writing erotic romance. Thanks to her win in Passionate Ink’s Stroke of Midnight Contest, Samantha signed her first publishing contract in 2011. Her first book was nominated for RT’s 2012 Reviewers’ Choice Award.


Find out more about TEMPTING MEREDITH in this exclusive interview with Samantha Ann King!

“I thought maybe you were avoiding me,” Charlie said.

She widened her eyes and parted her lips as if the idea had never occurred to her. “I would never do that,” she said in her best southern drawl.

Charlie shook his head and grinned. “Yeah, that’s what I thought.”

No fooling him. Not that she’d been trying to. “Seriously, I needed some time to think, to figure some stuff out.”

“Yes.” “I did, too.” His grin faltered, and his neck pinkened. “I’ve been thinking about your proposal.”

His chagrin baffled her. He could talk dirty to her with his boss—his friend—watching and listening. But a discussion about the three of them together discomfited him.

She glanced at Blaine. His hands clasped the brown bottle between his knees. The expression on his lean face was a mixture of hopeful and worried.

“You really want to do this again?” she asked him skeptically.

He nodded. “This would be different.”

“How?” She sipped her wine, waiting for the answer. Could they see her heart pounding against her silk shirt? They glanced at each other then back at her.

Blaine cleared his throat. “I should probably answer that.”

She leaned back and crossed her legs, trying to appear nonchalant instead of conflicted.

“This time I’m telling you up front that it’s about more than you. You’re beautiful, smart, sexy. I like you. A lot. I fell a little bit in love with you that night. And seeing you again didn’t change that. But as you’ve guessed, I love Charlie. More than a friend should.”

She squirmed at the image that popped into her head. Both men naked, their bodies pressed together, kissing from their lips to their toes. Those muscular thighs bumping as they rubbed their long, swollen cocks against each other. Their broad chests glistening. The play of their biceps, her own private gun show as they touched, stroked, caressed all of that masculine skin. Oh God, and then Charlie spinning Blaine away from him and bending him over the bed before he—

Meredith snapped her mouth shut before straightening her shoulders and replying, “I am not.”

“That’s a good thing,” Charlie said, his color almost restored to normal. “But there are other conditions before we go there.”

“And I’m waiting to hear them.” Granted, talking about expectations before anything happened was wise. But it was kinda hard to focus when she wanted to take them upstairs and get on with it.

“You understand that it’s about more than you?” Blaine asked.

“Huh-uh.” Blaine jerked his head at Charlie. “This time we don’t need you as an excuse to be together.”

“Really?” She wasn’t convinced of that. Blaine didn’t need her. But Charlie was a different story.

She could press him. But talk was cheap. He’d say what he believed. And what he believed wasn’t necessarily the truth. Unless… “Have you already—?” She couldn’t bring herself to finish the question.

Charlie looked guilty. “A kiss. That’s all. I didn’t cheat on you.”

Wow. She was stunned. A kiss? That was a huge step for him. “Okay. What else?”

“It won’t be a one-time thing,” Charlie said.

“I have feelings for both of you,” Blaine added. “I won’t just fuck you and leave it at that. I want to see where this takes us. All three of us.”

Meredith absorbed his words. A car passed the house, its lights flashing behind the plantation shutters. The air conditioner cycled on, a low hum. The refrigerated air blew across her face but didn’t cool the heat building inside her.

“Are you okay with that?” Charlie asked. 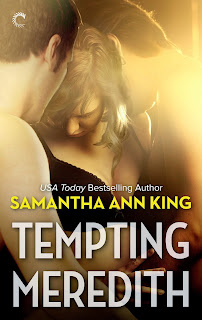 
Astrophysicist Meredith Burke's professional life is perfect. Her personal life is another story. Years ago, a menage with the man she loved and his roommate left her with a broken heart and a secret. She hasn't trusted anyone since, but when she meets rugged hunting guide Charlie Connor she figures she doesn't need to. He's got "one-night stand" written all over him.

After one night with Meredith, Charlie needs more. She's intoxicating, and shockingly willing to give him total control of her body. When she agrees to spend an entire week with him at the lodge where he works, it's more than he'd hoped for. But Blaine Bridges, Charlie's best friend and boss, has his own secrets.

Blaine hasn't seen Meredith since that disastrous encounter eight years ago, but he still has feelings for her. Now she's dating his best friend, the man he wants for himself. When Meredith invites him to join in their naughty play, his pleasure is all-consuming. But will the secrets they all hold close destroy a beautiful beginning or bring these three lovers closer than they ever imagined? 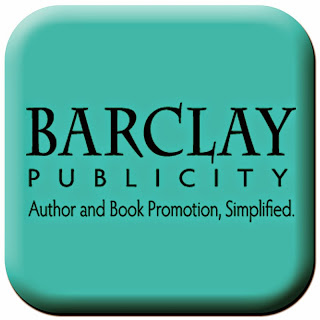