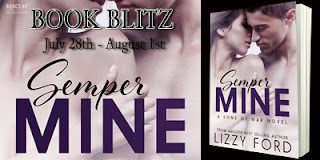 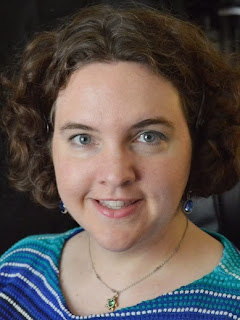 Lizzy Ford is the author of over thirty books written for young adult and adult romance readers, to include the internationally bestselling “Rhyn Trilogy,” “Witchling Series” and the “War of Gods” series. Lizzy has focused on keeping her readers happy by producing brilliant, gritty romances that remind people why true love is a trial worth enduring. Lizzy’s books can be found on every major ereader library, to include: Amazon, Barnes and Noble, iBooks, Kobo, Sony and Smashwords. She lives in southern Arizona with her husband, three dogs and a cat.

Want to get to know Lizzy better? Check out this exclusive interview!


Excerpt from Semper Mine:

Excerpt 3: Grommets on the Outside

Captain Mathis is across the room, hands on hips, watching. Impossible to read as usual, though one eyebrow is up in either accusation or inquisition. He nods his head to the side in a silent command for me to join him.

I have no idea where this guy gets off thinking he can boss me around. It might work with his men, but not with me.

I go outside instead, feeling claustrophobic.

Maybe being here is a mistake. I want to think it’s for Petr and Mikael – and it is – but there’s another reason I feel compelled to stay. I think there’s a piece of me that needs this,too, though I’m not sure why, when this is totally not my scene.

Tossing my head back, I gaze at the late afternoon sky, so blue and beautiful. The forest calms me, and I shake out my shoulders.

“Is there anyone here you don’t have a problem with?” Captain Mathis asks from behind me.

He’s quiet. I have a feeling he’s not entirely certain what to say in response.

After a minute, he circles and stops in front of me, reaching for my belt. Not expecting the sudden proximity, I freeze where I’d normally move or push him out of my space. He smells lightly of coconuts once more, and I find myself staring at the width of his chest and the shapely arms and shoulders. His brown eyes are the shade of dark chocolate, his skin rendered golden by the sun and his hair kept in a neat high-and-tight. His heated strength is different than that of my brother’s. I notice his body, how close he is to me, the way his roped forearm muscles shift with the movement of the long fingers unsnapping my belt. I’ve never paid any attention to my brothers like this.

“Grommets on the outside,” he instructs me. He steps closer to pull the belt out and twist it before settling it again at my waist. Snapping it into place, he drops his hands but remains a little too close for my comfort.

In a manner of seconds, I’ve forgotten why I hate him and Brianna. It’s uncanny, as if my senses overtake conscious thought when he’s around.

“Your brother’s old enough to fight his own battles.”

Captain Mathis is calm, always so calm. I wonder what it feels like not to experience emotions the way I do.

“None of your damn business!”

“For this week, it is,” he says firmly. “We’re a team. If you’re going to be picking fights all week, I’d like to know.”

“Why? So you can trade me?” I challenge, crossing my arms. Being so close to him is a little too intense right now. I step back self-consciously.

“So I can make sure I have your back, if it elevates,” he responds. “It’s what teams do. Take care of their own.”

“Except for Mikael.” I can’t help it. I’m feeling furious with the handsome man before me once more. Captain Mathis doesn’t even blink. If anything, he seems to grow colder. “Whatever you think you know about me, I will have your back, because that’s the way this works.” It’s not what I’m expecting to hear. He has a way of either infuriating me or deflating my anger. The weird tension stretches between us, the one that manages to replace thought with a physical awareness of his body. 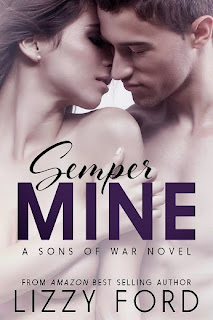 Award Winning author, Lizzy Ford, gives us an emotional, sexy read with her first Sons of War novel, SEMPER MINE.

A Marine captain tortured by the death of his men in Iraq returns home and falls in love with the sister of one of the slain, who blames him for the massacre that killed her brother. SEMPER MINE, is a standalone novel in the Sons of War contemporary military romance series.


“A freak accident landed both of the Khavalov twins under my command, just before a routine mission turned into a nightmare. I brought home one twin in a coffin and the other in a coma missing his leg. I did everything right – and still people died. I can’t forget that night or how many lives it changed, including mine.

It’s natural for their sister, Katya, to blame me. I made one decision in the middle of a firefight, and it shattered her sheltered world. I’m the ice to her fire, and when we first meet, it’s not pretty. I don’t fear war or death, and I am definitely not going to let a beautiful woman with a quick temper and broken heart scare me off, either. I know she’s hurting, and I’m determined to make sure she’s okay. It’s the least I can do for the twins.

I may have failed them that night, but I won’t fail her. What I’m not counting on: the feelings she ignites within me.” 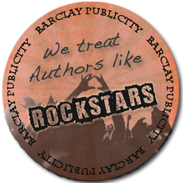