Blog Tour - Book Review: No In Between (Inside Out #4) by Lisa Renee Jones (@lisareneejones @inkslingerpr) 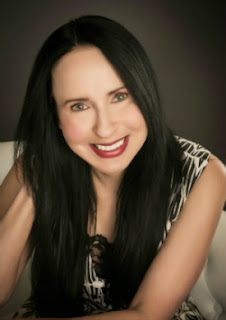 New York Times and USA Today Bestselling author Lisa Renee Jones is the author of the highly acclaimed INSIDE OUT SERIES, and is now in development by Suzanne Todd (Alice in Wonderland, Austin Powers, Must Love Dogs) for cable TV. In addition, her Tall, Dark and Deadly series and The Secret Life of Amy Bensen series, both spent several months on a combination of the NY Times and USA Today and USA Today lists.

Since beginning her publishing career in 2007, Lisa has published more than 40 books translated around the world. Booklist says that Jones suspense truly sizzles with an energy similar to FBI tales with a paranormal twist by Julie Garwood or Suzanne Brockmann.

Prior to publishing, Lisa owned multi-state staffing agency that was recognized many times by The Austin Business Journal and also praised by Dallas Women Magazine. In 1998 LRJ was listed as the #7 growing women owned business in Entrepreneur Magazine.


My Thoughts:
I'm going to try and keep this review as spoiler free as possible, however, as the fourth book in a true series (read: books should be read in order to have a full understanding of characters and plot points), there may be some minor spoilers in the following paragraphs.

No In Between starts off with Chris and Sara returning from Paris, after overcoming quite a lot while they were abroad. The two have conquered many obstacles to get to where they are now and it looks as if they could possibly get a happy ending. But if you've read Lisa Renee Jones, it's not going to be easy for the two. As with the prior books in the Inside Out series, No In Between is intense, suspenseful, and erotic. There's a little bit of everything for all readers - romance, revenge, and betrayal. There's plot twists that leave a reader wondering if certain questions will be answered and guessing what will happen next. While it's a bit of a roller coaster, I loved this about No In Between. When I'm reading a suspenseful novel, there's nothing worse then guessing the ending before I get to it. There's no chance of that when reading and Inside Out novel! I'm already eagerly anticipating the next book in this series.

No In Between also delves into the character of Mark, missing Rebecca's (former?) boss at the art gallery, and a definite person of interest in her disappearance. Mark becomes more of a central character in the fourth book and I loved the relationship between the three that is shown in No In Between. Since the beginning of the series, I was interested in learning more about Mark's character - what made him into the man he is - and I'm excited that Lisa Renee Jones gives readers more background on him in this novel.

I enjoyed reading No In Between, even with the huge cliffhanger at the end. Usually this will put me off a series, but I am so invested in Lisa Renee's characters that it just made me more excited to read the next book, I Belong To You. I'll be looking forward to it hitting the shelves in November! 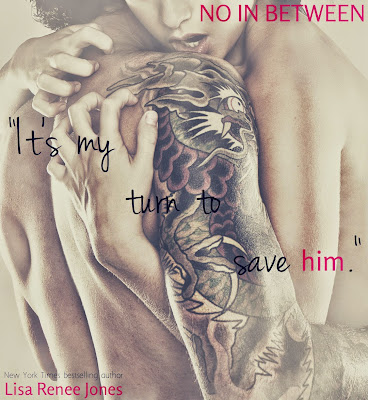 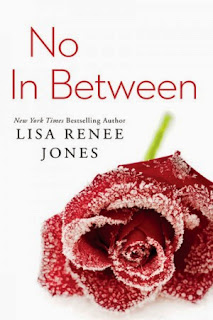 "Chris and I have faced our demons and bared our souls to one another in Paris. Now that we are back home in San Francisco, I want to believe that nothing can tear us apart. Not Ava’s accusations against me to the police, or Chris's fear that he will destroy me as he feels he did Amber. And not Mark, who was once too intimately a part of our lives, and who I can see crumbling inside out. He believes he is invincible, just as I want to believe Chris and I are invincible. We have to be invincible. We need each other too much for any other ending."

Find out more about the Inside Out Series on Goodreads HERE.

No In Between Blog Tour Arranged by Inkslinger PR.