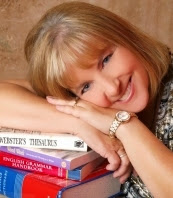 Lizbeth Selvig writes fun, heartwarming contemporary romantic fiction for Avon books. Her debut novel, The Rancher and the Rock Star, was released in 2012. Her second, Rescued By A Stranger is available now. Liz lives in Minnesota with her best friend (aka her husband), a hyperactive border collie named Magic and a gray Arabian gelding named Jedi. After working as a newspaper journalist and magazine editor, and raising an equine veterinarian daughter and a talented musician son, Lizbeth entered Romance Writers of America’s Golden Heart® contest in 2010 with The Rancher and the Rock Star (then titled Songbird) and won the Single Title Contemporary category. In her spare time, she loves to hike, quilt, read, horseback ride, and play with her four-legged grandchildren, of which there are nearly twenty, including a wallaby, an alpaca, a donkey, a pig, two sugar gliders, and many dogs, cats and horses (pics of all appear on her website.

Carefully, he led her through the maze to the far side of the room, where he pointed to a small, neat metal cage on a platform.

He grinned and stroked his mustache like a melodrama villain. “I can force you, you know.”

“I’ll scream.” Her chuckle turned to a giggle.

“Who’ll hear you? I told you this place was full of secret hiding spaces.”

“Great. I guess I am this stupid. My body won’t be found for weeks.”

She had no idea why her laughter continued to grow. Potentially this was a very unfunny subject. But just as he’d confused her with his earlier shutdown, he intrigued her with this unfamiliar Dewey. One she trusted for no reason that made any sense.

“Nya ha ha,” he cackled, and made a twirling motion at the end of his mustache. “This is my personal elevator, and I’ll take you to new heights if you’ll trust me.”

“I think in books they’d call me too stupid to live,” she said, and climbed into the cage.

He followed her and closed the little door. The space was only about six feet square and maybe six feet tall. She caught sight of a small box containing two push buttons hanging beside the door. Dewey pushed one of buttons, and the wooden floor of the cage buzzed beneath her feet. Slowly, smoothly, it began to rise.

“Better than the glass elevator in Charlie and the Chocolate Factory.”

“Stop with the literary references. You had me at ‘new heights.’”

“Good. Guess I haven’t lost my touch.” He stopped the little elevator just before they reached the final level—a step onto the top of the vertical grain elevator. “There you go. The whole candy factory spread out for you.”

Indeed, she could see the entire floor of the mill from their new perch twenty feet up the side of the wall. The sense of order was clearer from above, and Rose smiled, surveying Dewey’s world.

“A modern pulley system and brand-new floor. I can secure the cage multiple places along the route.”

To prove it, he flipped another switch she hadn’t noticed, and two steel bars slid from the base of the elevator and locked into brackets on the side of the wall. “We can use this for heavy storage or to keep something big off the floor. It’s very convenient.”

“This is a really cool toy.”

“Yeah, you think?” He grinned. “We loved it when we were kids. It’s not that unusual even now to find one of Emma’s kids up here reading.”

To her next surprise, Dewey slid down the side of the cage and settled onto the floor. With one soft tug, he pulled her to sit beside him. There wasn’t much more room side to side than for the two of them, her thigh snugged up to his, her hip pressed against the denim of his jeans. His size was even more evident like this, with his feet touching the far side of the cage while hers fell shy by six inches.

“What position did you play? In football?” she asked.

“Linebacker. Or I could make my way as a defensive back.”

“I don’t really love football, but it’s the one totally guy thing my father did love. I used to let him tell me about it so I could spend time with him. I kind of like baseball. I always wanted my son to grow up to play first base for the Red Sox.” She laughed. “He couldn’t care less about sports.”

She swore another shadow passed through Dewey’s eyes, but it cleared quickly.

“You haven’t seen Jesse with a ball.” She shook her head, no longer stung by the reality of her son’s clumsiness. “But you. You couldn’t go back to playing football after your illness?”

He pursed his lips and raised one knee, resting his large, handsome hand against it. “I lost a lot of strength while I was ill,” he said. “Besides, after that, football didn’t seem quite as important. I figured I could teach football, teach phys ed or something, and that would make a better use out of the life I’d been given back.”

“My father passed away three-fourths of the way through my first year of teaching, and I couldn’t leave the business or my mother hanging. I came home to take over, and I’ve never left. It’s all fine. I found out I was good at fixing things. This is probably a better fit for me.”

He meant it. She could see his sincerity. But for some reason she didn’t believe him. She thought she could see a connection between his inner shadows and the mention of children. What was he really missing?

“You went through a lot.”

“Everybody does. Look at your story.”

A rush of gratitude washed over her. He really could be a nice guy. For all his intrusiveness and oftentimes banal outlook on life, this was a depth he’d never shown before.

The new insight made her turn and rest one hand above his knee, the other one still stretched flat against the floor. He started slightly at the touch but turned toward her, too. Without giving herself time to think deeply, she leaned forward and placed a soft kiss on the side of his mouth, catching the gentle bristles of his mustache against her top lip. She meant the kiss to be quick and platonic, but a ripple of sweet gooseflesh swept down her neck and into her arms.

She started to pull away, but he stopped her, shifting to take both her upper arms in his hands.

“Uh-oh,” he whispered. “This place just got very unsafe.” 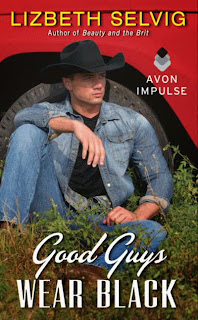 Duane “Dewey” Mitchell has lived in Kennison Falls for thirty-eight years: all his life. He’s built his family’s feed store and his own garage and repair shop into successful, respected businesses that keep him busier than anyone else in town, and he’s a true hometown hero-former captain and quarterback of his junior and senior year state champion football teams, scouted in college by the NFL.

Everybody loves Dewey. T hey also take him for granted. And he’s the loneliest man in Kennison Falls. When Rose Hanrahan takes a job as the new head librarian in Kennison Falls, Minnesota, she does it partly to get as far as possible from her strict, influential Boston family. T hey’ve never liked that she didn’t marry the father of her ten-yearold son, Jesse. Smart, self-reliant Rose has no time for their moralizing or matchmaking. Her son, with his special needs, requires all her attention and love. She has no time for dating or the heartache that results when a man likes her but can’t deal with Jesse.

Small town life in Minnesota for Rose and Jesse is far different from life in Boston. For one thing, everyone knowseveryone. And there’s only one service station in town- Dewey Mitchell’s. When he makes it clear he doesn’t have much time for her annoying son, and thinks she is an overprotective mother, Rose lumps him into the same category as all other men and vows to ignore him. But you can’t ignore anybody in a place like Kennison Falls. The more often she’s forced to interact with Dewey, the more it seems like the cosmos has plans for them.