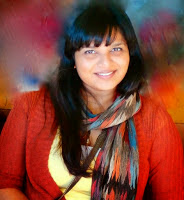 Ayesha Patel was born in the rich and colorful state of Gujarat in western India before moving to Texas. She quickly found her footing in languages and creative writing and weaves her diverse background into her stories. She currently lives in the beautiful, though rainy, state of Washington with her husband. With a splendid view of Mt. Ranier behind her, a cup of coffee in her hand, and a ridiculously fast laptop at her fingertips, Ayesha is thrilled to explore the literary world. 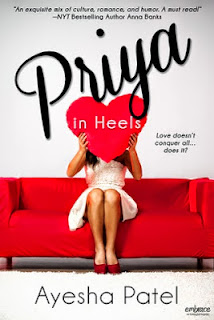 Priyanka Patel is the epitome of an obedient daughter. She’s finishing up her medical residency at one of Houston’s busiest emergency departments, and has agreed—albeit reluctantly—to marry the man her family has chosen for her. The only thing that can derail the “perfect” life laid out before her is the sexy musician down the hall who wants into her life…and into her bed.

Tyler O’Connor has been infatuated with Priya since she treated his sprained ankle in the ER, and after saving her from a brutal attack, he can't get her out of his head. When Priya puts her family's wishes before their relationship, agreeing to an arranged marriage with another man, Tyler is devastated.

But love is fierce and unreasonable and clashes with the carefully sculpted life her parents want for her. Is going after her heart such a big deal, or will it truly unravel Priya’s world?