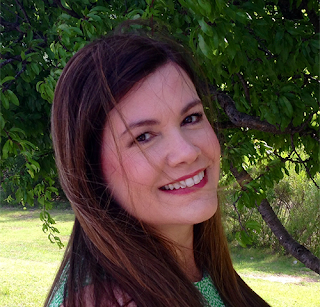 Not too long after that, she started dreaming up quirky heroines who lose their hearts to extremely powerful, flawed heroes, only to find out what love really is while on a dangerous adventure abroad. She called it the Crime Royalty Romance series, and landed herself a pretty big agent at Spencerhill Associates. Never one to take the obvious path, Lesley ultimately decided to self-publish. She’s never sure who or what will pop up in her imagination next. The Irishman? The Spaniard? The Hawaiian? Anything’s possible, and she loves suggestions (or recommendations of really hot, er, talented, actors to work as a muses). 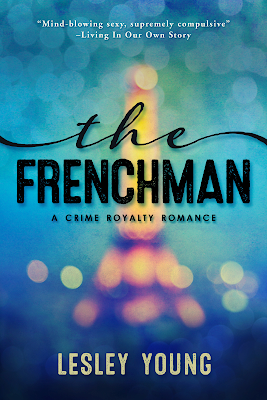 Excerpt from The Frenchman:

As we neared the yacht, I could see only lights from a few windows of the cabin area. Near the bow, men were lingering, smoking. I was shaky as I walked across the sloped plank, and it wasn’t from the cold wind coming off the sea.

Louis’s entourage joined me on the deck. I was struck by how much larger the entire boat seemed once you were on it. My escorts pointed in the direction of the lit cabin with encouraging nods. Just outside the doorway, looking down into the deep inset cabin, I spotted Louis sitting at an elaborate bar, sipping a highball.

He was poised, on the edge of a stool, in black dress pants, one long, thick leg stretched out, the other bent underneath the stool. The sleeves of his blue dress shirt were rolled up, which, I noted, might be a habit of his. He spun the whiskey around in his hand, watching the golden elixir reflect light. I wondered if he was trying to read his fortune in that glass, he stared so intently at it. I recalled the night we met, at the bistro, how he gave off animosity. But now I knew better: it was power.

He glanced up and watched me step down into the cabin. His silent magnitude left me breathless. He took in my dress quickly, eyes steady, and when he broke into a smile, my heart skipped a beat.

“You came,” he said in English, standing up, looking ginormous in the tiny room.

“Bien sûr,” I answered. Why would he think I wouldn’t?

He was already near. It was odd: his face was sketched with relief. He reached for my hand and pulled me to him, brushing his mouth close to mine with a mere greeting. He paused, hovering near, suddenly shifting his lower half up so close I could feel the heat coming off of him. He clamped his lips down on mine with two-ton force. I was crushed under all his intensity as he nudged my mouth open and tasted me. My heart was beating a mile a minute. I kissed him back, tasting the whiskey on his tongue, smelling his cologne and natural musk. We lingered a moment, before he pulled back and, clasping both my cheeks, planted two more soft kisses on my lips.

Fleur Smithers rarely veers off the straight and (excruciatingly) narrow. So moving to the seaport town of Toulon to live with her newfound biological mother—an inspector with the French National Police—for one year is a pretty major detour.

Son of France’s crime royalty family and international rugby star, Louis Messette, is devoted to his sport, famille and nothing else. But the saucy American he meets one night changes everything. She sparks a desire in him like no other. Possession takes root. She will do as he commands.

Bit by bit Fleur slips into the Frenchman’s realm of wanton pleasure agreeing to his one condition: that she keep their affair secret. She serves up her heart without reservation in the hub of the glittering Côte d’Azur, and the along the soulful Seine in Paris, unaware of the danger she is in. For her new lover’s “family business” will pit her against her mother, the police woman sworn to bring down the Messettes. And by then, far more than Fleur’s heart will be on the line.