Release Day Blitz: All I Need (Stay #2) by Emily Goodwin 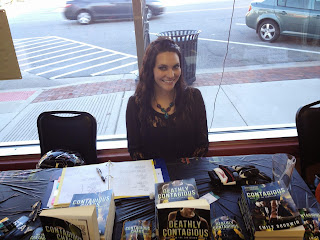 Emily Goodwin is the international best-selling author of the stand-alone novel STAY, The Guardian Legacies Series: UNBOUND, REAPER, MOONLIGHT (releasing 2014), The Beyond the Sea Series: BEYOND THE SEA, RED SKIES AT NIGHT (releasing 2015) and The Contagium Series: CONTAGIOUS, DEATHLY CONTAGIOUS, CONTAGIOUS CHAOS, THE TRUTH IS CONTAGIOUS (Permuted Press).

Emily lives with her husband, daughter and German Shepherd named Vader. She has degrees in psychology and nursing. Along with writing, Emily enjoys riding her horse, designing and making costumes and Cosplay.

All I Need and Stay are intended for readers 18 years and older.

"My life was hell, nothing but pain and darkness.

Every night I hoped I'd lay down to sleep and never wake up. I saw no reason to keep going. There was nothing for me, no promise of a better life. Every morning I woke up hoping this would be my last day.

Then I met her, and everything changed."

Sold into slavery at a young age, Jackson Porter has known nothing but darkness until he is forced to kidnap a young woman with a fiery spirit who refuses to give up. Could she be all Jackson needs to awaken his dead soul?

You met Jackson in Stay, now it's time to hear his story.

This book is dark, graphic, and twisted. Recommended for mature readers.

Check out the companion novel: 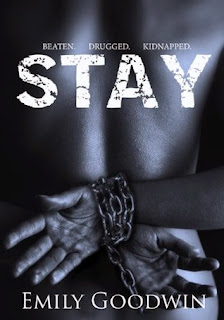 “I felt like I was walking to the end of a plank precariously hanging over shark-infested water. When I jumped, sharp teeth would rip into me and the cold water would steal my breath away. The monsters would take everything from me, leaving me shivering and naked in the water. The only difference was that tonight I would be pulled from the icy darkness and forced to do it again. There would be no release from death, only pain.”

Home after her first year of college, Adeline Miller is looking forward to a stress free summer filled with reading, working on her blog, and spending time with friends. But all that changes in an instant when she is witness to something terrible, something she wasn't supposed to see.

Adeline Miller is ripped from her innocent and carefree life and thrust into darkness, into a world full of pain and horror. As a sex slave, she is forced to do horrible things, and have horrible things done to her. One of her captors has a past as dark as the world she is now living in. Will getting close to him mean freedom? Or will he pull her deeper into the shadows?

All I Need Release Day Blitz Arranged By Mark My Words Book Publicity.