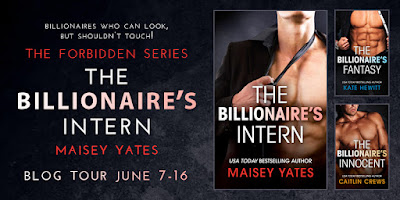 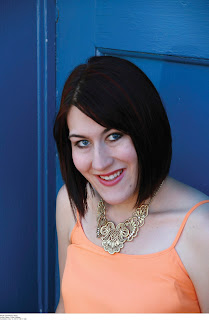 USA Today Bestselling author Maisey Yates lives in rural Oregon with her three children and her husband, whose chiseled jaw and arresting features continue to make her swoon. She feels the epic trek she takes several times a day from her office to her coffee maker is a true example of her pioneer spirit. In 2009, at the age of twenty-three Maisey sold her first book. Since then it’s been a whirlwind of sexy alpha males and happily ever afters, and she wouldn’t have it any other way. Maisey divides her writing time between dark, passionate category romances set just about everywhere on earth and light sexy contemporary romances set practically in her backyard. She believes that she clearly has the best job in the world.


Playlist for The Billionaire’s Intern:

The Forbidden Series is a trilogy of sexier reads with serialized release dates and a different author for each title! Each week a new part of these seductive reads will be released so be sure and follow along for some flirty fun!

For Logan Black, Jaiven Rodriguez and Zair al Ruyi, New York is spread out before them like the Garden of Eden…and no one knows the sweet taste of forbidden fruit better than America’s most ruthless billionaires! Jaded, cynical, with a darkness that threatens to consume them whole, they think they’ve seen it all. But temptation has something new in store for each of them… 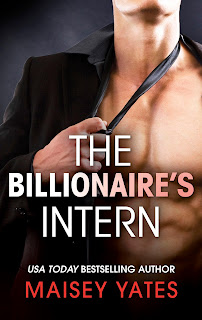 When Addison Treffen finds herself working for Logan Black—the notorious billionaire who literally came back from the dead—she thinks it's a safe haven from the shocking scandal surrounding her family. Little did she know that she's about to get very personal with her billionaire boss! 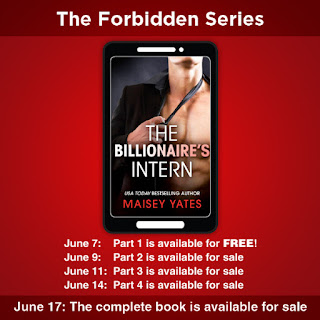