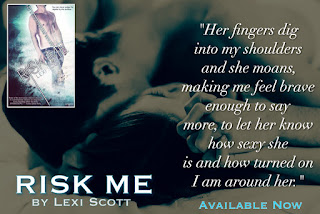 You can never judge the depths by the surface...

For Cohen Rodriguez, getting dumped by his girlfriend was bad enough. Being told he's "not impulsive enough" was just the cheap parting gift. Still, he takes a break from his über responsible ways and dates his way through Silver Strand. Except it's not exactly turning out the way he thought...

On top of that, there's Maren Walshe, whose combination of sexy and down-to-earth is everything Cohen wants in a girl. But while they've recently been talking on the phone and texting every day, they've never actually met. Now Maren wants to meet. In person.

Faced with turning his oh-so-safe fantasy girl into an uncertain reality, Cohen and Maren are both about to dive head first, ready or not.


Previously released under the title Depths March 2013, and has been enhanced with new material.


Check out the rest of the Silver Strands Series on Goodreads HERE.