Blog Tour Promo: The Iron Princess (Sons of the North #2) by Sandra Lake 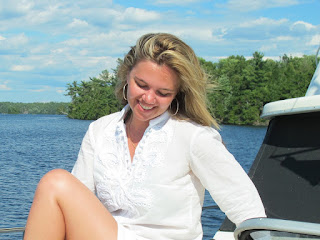 Sandra Lake was born somewhere in the wilds of Sweden. Surrounded by shirtless, blond men, she learned to sail, swing a sword and skin a bear when she was only three--wait no, that was Davy Crockett...

The real Sandra was raised in rural Canada. (Close enough to Sweden) She married her childhood sweetheart (who is blond and on occasion shirtless). They are currently living happily-ever-after along with their kids and unruly husky in eastern Canada.

Her debut historical romance, THE WARLORD’S WIFE was published by Berkley Romance in March of 2015. THE IRON PRINCESS, Book 2 in the 'Sons of the North Series' was release July 2015. THE ENEMY’S DAUGHTER, Book 3 is set for release later this year. 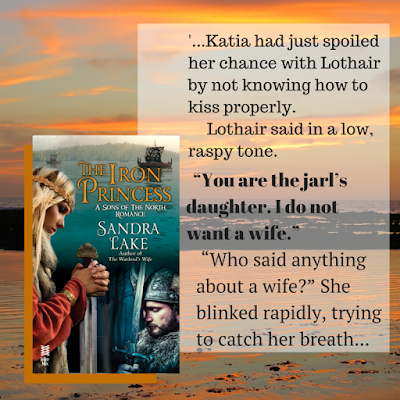 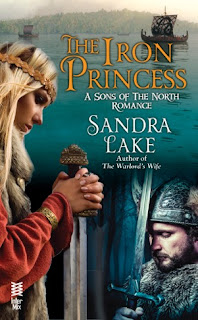 A Sons of the North Romance novel from Sandra Lake, author of The Warlord’s Wife, who takes readers to 12th-century Scandinavia where two hearts clash in furious passion…

The daughter of a Northern warlord, Katia is known as the Iron Princess for her mettle in battle. Headstrong and defiant, she instigates sword duels on a whim with little regard for her own safety. Katia would rather die on her feet as a warrior than live as a token wife and child bearer for a husband who keeps her castled as if she were a prisoner.

Lothair is the illegitimate son of the Duke of Saxony, who was granted the title of baron, a castle and lands. Raised in an atmosphere of mistrust and deceit, he rejects the concept of husbandry and wants a life of purpose and sacrifice in the pursuit of security for the Baltic Sea.

And when fate brings the Iron Princess and reluctant baron together, Katia and Lothair discover they are kindred spirits with fiery temperaments—and insatiable desires—to match…


Check out the rest of the Sons of the North Series on Goodreads HERE.