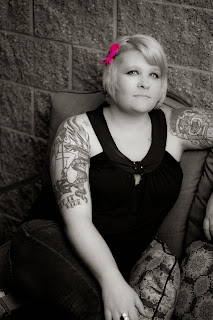 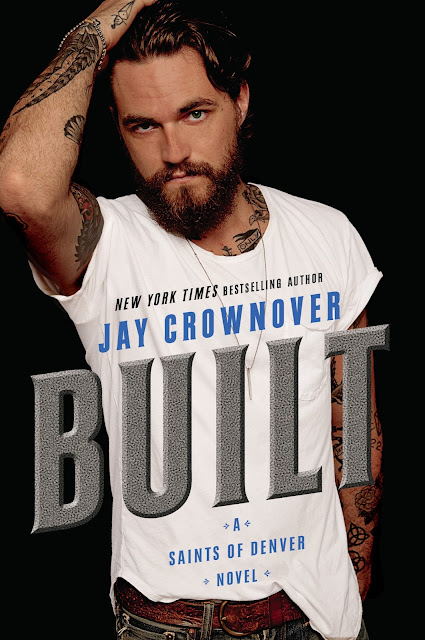 She had a beer bottle in her hand even though she looked like she should be sipping champagne out of an expensive flute, and that inexplicably turned me on. She was pretty and looked completely out of place in the no-name bar sitting across from one of my longtime friends who also happened to be her long-lost brother. He was the reason she was here. In that split second that I laid my eyes on her I wanted to be the reason she stayed.

I knew it was rude and that the two of them needed some time together, some time to figure out what they were to each other now that she had blasted into his life unannounced. If I was a better friend I would have left them alone. As it was, I made my way over to the tiny table and sat down. I was covered in sawdust and had drywall mud caked in the hair on my head and on my face, but she didn’t flinch or bat an eyelash when I purposely broke up their party of two and placed myself as close to her as I could without actually touching her.

My buddy Rowdy St. James lifted his eyebrows at me as I stared at her while he introduced us. Sayer Cole. Even her name was elegant and sophisticated sounding. She was an enigma, this pretty woman that seemed like she should be in any place but this bar with the two of us. She’d showed up out of the blue a couple of months ago claiming to be Rowdy’s half sister, claiming that they shared a father, claiming that all she wanted was to be in his life and have some kind of family of her own. She looked too delicate to be that brave. Came across as way too proper to have said “fuck it all” and picked up her life to move it someplace unknown without being sure of her welcome. She looked like silk, but if my guess was right about her, it was silk wrapped around steel.

Luckily Rowdy was a good guy. After the shock of discovering he wasn’t alone in the world, and once he realized he had someone tied to him by blood forever and ever, he had warmed up to the idea of having a sister and appreciated that the sister was Sayer.

I liked Rowdy a lot. He was a stand-up guy and a good friend, but I had a feeling I was going to like his newly found big sister even more. In my usual tactless way I asked him without looking directly at the knockout blonde, “So you have a sister? A hot, classy sister?” A sister that was also a lawyer, so beautiful and smart.

I expected a giggle from her or an eye roll at the outlandish compliment, but what I got was a wide-eyed stare of disbelief as eyes bluer than anything I had ever seen on earth danced between me and her brother like she wasn’t sure what to do with herself or with my overt interest in her.

I thought that I had gone too far, pushed the beautiful stranger too far out of her comfort zone. I was a big guy and knew I looked far wilder and rougher than I actually was. I figured it might be too much for a woman already obviously out of her element and depth to take.

Instead, Sayer surprised me and I could see by the way he stiffened that she surprised Rowdy, too. While she wasn’t exactly overflowing with welcome and warmth, she did ask me about the current project I was working on after Rowdy explained I was a general contractor and had rebuilt the new tattoo shop he worked in. She seemed genuinely interested, and when I told her that my specialty was rehabbing old houses and giving them new life, her eyes practically glowed at me. I wanted to touch her to see if she felt as smooth and polished as she looked. I wanted to leave streaks of dirt on her perfect face to mark the fact that I had touched her, that she had let me touch her. It was a primal and visceral reaction that I couldn’t explain and I liked the way it felt. Liked the weight and heft of it in my blood even if I knew the feeling wasn’t likely to be returned.

She told me all about a fantastic but crumbling Victorian she had purchased that was falling down around her. She asked me for a business card and I saw Rowdy stiffen across the table. I sighed and rubbed a hand over my already messy hair. I watched her eyes follow the light cloud of dust that escaped the strands. I was great at my job, loved what I did, but I couldn’t do anything with her or for her without laying everything on the line. Especially not with Rowdy giving me the death glare from just a few feet away.

I dug the card out of my wallet, and when I handed it over our fingers touched. I saw her eyes widen and her lips part, just barely. She looked a little dazed when I grinned at her.

“You take that card, but understand that the man giving it to you has a past.”

She blinked at me and cleared her throat. “What kind of past?”

“I tell everyone that I do any kind of work for or that considers hiring me on for a project that I have a criminal history. I spent time locked up for a few years, and while I’m not proud of it I can’t deny it happened. I was a hotheaded kid and it got me in trouble, but I’m the best at what I do, so I hope that doesn’t discourage you from giving me a call.” Hopefully for more than some construction.

Usually I got a concerned frown followed by a hundred questions about what had led me to serving time. I got none of that from the stunning blonde. She tilted her head to the side and considered me silently for a long moment before reaching down and slipping my card in her purse. If anything, I could have sworn she was wearing a look of sympathy when she told me softly, “I see it every day from the inside. Sometimes the system simply gets it wrong.” A slight grin turned her mouth up at the corners, and I wanted to lean over and kiss it. “People make mistakes. Hopefully they learn from them.”

I don’t know that “wrong” was accurate in my case so much as misguided, but the complete lack of judgment or censure coming from her made me want to pull her into my arms and hold on to her even more. I had made a mistake, a huge one, one that I was forever going to have to carry around with me, but I had learned from it, was still learning from it. That kind of understanding from a total stranger was so rare, especially coming from someone in the legal field. I wasn’t accustomed to someone looking at me and seeing me, just me, not an ex-con loser after I explained where I had been. It was wildly refreshing and attractive. I couldn’t quite get a handle on what made the woman tick, but I would welcome any opportunity she gave me to figure it out. I found her outwardly flawless and pristine demeanor tempting to taint with my dirty hands and ways, and there was something about the way she watched me, the way she turned toward me like she was drawn to me, that made me think maybe I wasn’t alone in the inexplicable pull department.

Rowdy left and she stayed.

We had a couple more beers and talked some more about her house and what she wanted done with it. She already hired one contractor but felt like the guy was ripping her off. It happened a lot in the industry, so I wouldn’t be surprised if the guy was taking her for a ride. Spending time with her was easy. She was fun to talk to and really fun to look at. I really wanted to get my hands on her house and of course on her, and I felt like she was maybe, kind of, slightly leaning in the same direction when I made the mistake of asking her about her past.

I asked about where she had been before she found out about Rowdy and decided to move to Denver so that she could get to know him. I was curious what kind of life she had where she could leave everything behind and not be missed. Really I wanted to know if she had a boyfriend or husband stashed somewhere, but the simple inquiry must have touched a nerve. The next thing I knew she had paid out the tab for both of us and disappeared into the night. She went from glowing and bright to frigid and untouchable in the span of a heartbeat.

I figured I blew my shot by being too blunt, as always. I assumed she probably did have someone else in the picture and had been friendly and polite only because I was good friends with her brother. I thought I would never hear from her again and was baffled why the thought of that made my chest ache and my heart feel like it weighed two tons.

Imagine my surprise when she called me and hired me to renovate her house a week later without a bid, without a contract, without even knowing if I was half as good as I claimed to be.

Of course I accepted, but I knew once I was inside I would need to knock down and rearrange more than just the walls of the house, in order to get at something beautiful and lasting.


From the New York Times and USA Today bestselling author of the Marked Men books comes an electrifying new spin-off series, Saints of Denver, featuring all the characters fans have been dying to read about.

Sayer Cole and Zeb Fuller couldn’t be more different. She’s country club and fine-dining, he’s cell-block and sawdust. Sayer spends her days in litigation, while Zeb spends his working with his hands. She’s French silk, he’s all denim and flannel.

Zeb’s wanted the stunning blonde since the moment he laid eyes on her. It doesn't matter how many smooth moves he makes, the reserved lawyer seems determinedly oblivious to his interest—either that or she doesn't return it. Sayer is certain the rough, hard, hot-as-hell Zeb could never want someone as closed off and restrained as she is, which is a shame because something tells her he might be the guy to finally melt her icy exterior.

But just as things start to heat up, Zeb is blindsided by a life altering moment from his past. He needs Sayer’s professional help to right a wrong and to save more than himself. He can’t risk what’s at stake just because his attraction to Sayer feels all consuming. But as these opposites dig in for the fight of their lives, battling together to save a family, the steam created when fire and ice collide can no longer be ignored.


Check out the rest of the Marked Men Series on Goodreads HERE.