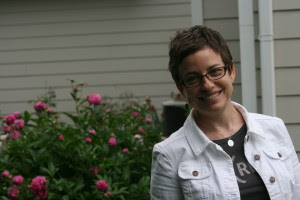 After doing time at Fortune 500 companies on both coasts, Anne landed in a flyover state, where she traded business casual for yoga pants and decided to write down all the lively story ideas that got her through years of monotonous corporate meetings. Her first book, LIBERATING LACEY won the EPIC Award for Best Contemporary Erotic Romance and was chosen as one of NPR's 100 Swoon-worthy Romances, and her latest novel, THE LIST, received a Starred Review from Publisher's Weekly. Anne holds a BA in History and English, and an MA in American Studies from Columbia University. When she’s not writing her hobbies include reading, knitting, and yoga. She lives in the Midwest with her family and has successfully overcome her Starbucks addiction.

“We have a situation in the Silver Room.”

Simone Demarchelier’s assistant, Lorrie, murmured the words as she paused at Simone’s side on her way across the showroom. A padded brown satin hanger draped with the Woodland Nymph bra dangled from Lorrie’s left hand, and similar hangers carefully arranged with matching silk charmeuse robes hung from her raised right hand. A customer waited patiently, for now, by the big front windows.

Simone looked over Lorrie’s shoulder to the fitting rooms at the back of the showroom space. The door to the Silver Room had been closed for nearly thirty minutes, which wasn’t unusual, or even a problem. At Irresistible a woman was free to take as many items into a dressing room as she liked, and was even encouraged to do so. She would be assisted by Simone, Lorrie, or one of the other lingerie fitting experts to ensure the perfect selection with the perfect fit. Buying lingerie was an intensely personal experience, seeking to showcase the truth and beauty of each woman’s skin. So the length of time wasn’t the issue. The problem was that the woman, who Simone recognized as “Just Jade” from the spring Fashion Week runways, had been in the room for thirty minutes with a man.

Simone was French, and far too experienced to be naive, but the situation called for a certain level of tact, and that authority came from the designer and owner, not a salesperson. “I’ll handle it,” she said just as quietly. “See to the woman by the windows.”

A smile firmly fixed to her face, Lorrie moved off, distributing the bras on a rack to one side of the elaborate four-post bed in the middle of the showroom, then the robes on a display on the other side. Hands suitably free, she made contact with the customer. Satisfied, Simone crossed to the fitting rooms and rapped smartly on the door.

“Madame? May I assist you?”

From behind the locked door came a rustle of fabric (the sound of silk and chiffon against wool, if her ears didn’t deceive her), a throat clearing (male), and then a woman’s haughty voice. “As a matter of fact, you may.”

The handle turned and the lock clicked open. Simone automatically registered the dark gray raw silk that draped the ceiling, anchored by a sparkling chandelier. Plush pewter carpet blanketed the floor, and mirrors covered three walls from floor to ceiling. Silver hooks hung at regular intervals on the remaining wall, painted a dusky blue that softened to robin’s egg near the ceiling. The beautiful room looked like a petulant toddler had torn through a toy box full of the highest quality fabric on the market and hundreds of hours of work, much of it by hand. The petulant toddler in question was a supermodel of international fame known by a single name, Jade, describing the unique color of her eyes. Bras, panties, corsets, slips, and nightdresses were strewn from hooks, on the chaise, and the floor.

Despite Simone’s worst fears, Jade was fully dressed, or as dressed as she could be in the Nightwing ensemble, a robe of dramatic thundercloud-gray satin shot through with red, the paler gray panels shifting like racing clouds to expose, then hide, the breasts and thighs. Her caramel and blond hair (definitely extensions) tumbled around her shoulders, framing her dramatic cheekbones and full mouth (either Botox or recently thoroughly kissed).

Simone’s gaze flicked past the woman to the man seated on the moss-green, silk-covered chaise lounge, knees spread, hands laced behind his head, staring fixedly at the ceiling. He wore a charcoal- gray suit her practiced eye immediately recognized as bespoke, and a purple silk tie so luscious her fingers itched to touch it. The tie was loosened, exposing a tab-front collar, and his hair was rumpled, but whether from her fingers or artful styling, Simone couldn’t tell. A telltale heat stained his cheekbones, matching the slightly swollen look of his mouth.

He turned to look at Simone. When their gazes met, Simone’s heart kicked hard against her breastbone. His hazel eyes widened ever so slightly. She’d never seen this man before in her life, but she knew this type. Her family’s house had been a mainstay in the fashion world for nearly two hundred years. Her father told stories of businessmen in the seventies bringing in their mistresses to be fitted for smart suits perfect for lunching at La Tour d’ Argent. Her grandfather told stories of aristocrats in the thirties bringing in their mistresses to be fitted for ball gowns and day dresses. They both told stories passed down from her grandfather’s grandfather, stories of royalty ordering a king’s ransom in silk corsets, pantaloons, fur-trimmed robes, and sheer nightdresses. Men with money used it to get houses and planes and cars and tables at exclusive restaurants. They also used it to get mistresses, and used it to dress their mistresses for their pleasure. They expected personalized service, immediate delivery, and privacy while the woman du jour modeled for them. They were smart and powerful, and felt at home in a world where politics, entertainment, business, and sex came together in a combustible mix. But because the last thing she needed was a reputation as someone who poached from her clientele, they were off-limits. 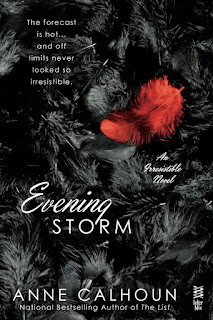 The national bestselling author of The List continues her sinfully addictive Irresistible series...

When it comes to the wolves of Wall Street, Ryan Hamilton is the leader of the pack. But his bravado is all bluff. The bank he works for is up to it’s assets in fraud and shady deals. And thanks to pressure from the NYPD and FBI, Ryan is working as both a trader and a whistleblower. His only respite from the tension is when he parades his latest arm candy at a fancy lingerie shop.

Simone Demarchelier owns Irresistible, crafting custom high-end lingerie. So she’s more than happy that Ryan is spending a fortune on his women. But she senses that behind the hotshot facade there is something more. Something tortured and sad. And when he flies her out to the Hamptons in the shadow of a summer thunderstorm in order to fix one of her designs, she instead finds herself stuck in the opulent home with a distraught Ryan.

Is Simone the one person who can mend Ryan’s heart and soul?


Check out the rest of the Irresistible Series on Goodreads HERE.