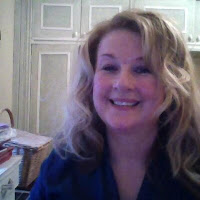 Joanne Walsh became hooked on romance when her grandma gave her a copy of Gone with the Wind for her birthday. The teachers at her strict girls' school didn't approve of reading such a 'racy' novel and confiscated it. But Joanne had been introduced to Rhett Butler and so began her life-long love affair with the rogue alpha hero. She became a voracious romance reader and, later, enjoyed a long career as an editor for one of the world's leading women's fiction publishers, where she collaborated with some wonderful writers.

These days, Joanne lives in the south of England and divides her time between working as a freelance fiction editor and writing romance, and spending time with her very own real-life hero...


Excerpt from A Wife In Every Sense:

Aleksei reached across the table and took her hand, his touch sending a shock up her arm. She looked down at his hand, then up at him, and found herself held in his dark brown gaze. “I think you’ve been sad because you are going to miss me more than you care to admit, Kate.”

She went rigid, and a flush of heat suffused her body. She forced her brain to think quickly. “I…yes, of course, I will miss working with you.”

“I was thinking more that you will miss me.” He stroked his thumb against her upturned palm. “In fact, I wonder if you are leaving because of me.”

She’d been found out.

All the confusion and pent-up longing of the past few months welled up to the surface.

His touch was seductive, making her hands clammy and her body melt. The understanding in his voice made her feel silly, somewhat ashamed, and vulnerable.

“You must think that I’m an idiot,” she mumbled.

His thumb ran down her palm to her wrist, making her shiver. “I don’t think you’re an idiot at all. In fact, I think you are a very clever, sweet, beautiful woman, and if circumstances had been different, I would have wanted to get to know you better.”

She looked at him, her eyes wide, startled by his admission. “Really?” she gasped. “I thought you never thought of me like that.”

He smiled like a hungry panther. “Oh, I’ve thought of you, all right.” 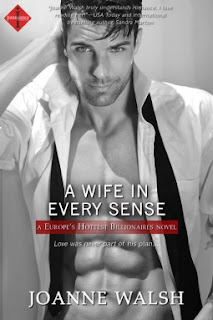 Kate Burrows is crushing on her boss big time. Aleksei Aleksanou is tall, dark, and every inch the image of a classic Greek god—if said Greek god was incredibly sexy, rich, and a complete player. The only way she can get over him is by quitting her job and seeing the world...once she indulges in one wickedly-hot night with him.

Aleksei is furious when Kate arrives on the small Greek island of Naxea and tries to hide the truth for him. He takes matters into his own hands—by announcing the pregnancy to his family and asking her to marry him. Now Kate must decide if she can marry the man of her hottest, sexiest dreams...knowing she will never be the wife of his heart.

A Wife In Every Sense Blog Tour Arranged By GCR Promotions.