Kelly Lincoln is pretty lame but she’s okay with that. She enjoys reading, inappropriate jokes, all things Disney, and spending time with her family. She lives in the northeast and drinks way too much Diet Coke.

I stepped backward as he came closer until my back hit the tiled wall. This was it. Whatever was about to happen would make Ethan and me definite. We’d be together, or all hope I had for the two of us would be gone.

Ethan sucked on his bottom lip, his eyes full of torment. “You wouldn’t talk to me.”

I swallowed. He had this way of making me think he could see all of me, every part I hid, every flaw I had, every dream I didn’t dare believe in, like he worshiped it because it was mine. “I screwed up.”

He shook his head as he stepped closer, took the net out of my hand, and placed it on the side of the pool. “No, you didn’t.”

He stood in front of me, staring into my eyes. I couldn’t look away. I didn’t want to look away. There was nothing but Ethan and me in the water with the vibrations of anticipation flowing through my veins, feeding an energy to my body so intense I could only stand frozen. His gaze shifted to my mouth, and I licked my lips.

“Taylor, I…I’m going to kiss you,” he said softly. “I want you to remember how good it feels. I need you to remember that before we talk.” His hands ran up and down my arms as his eyes bore into mine. “Okay?” 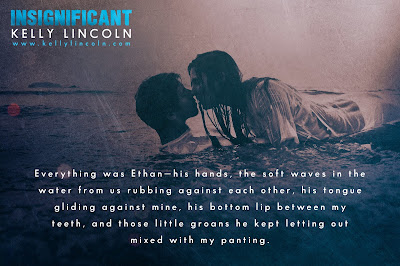 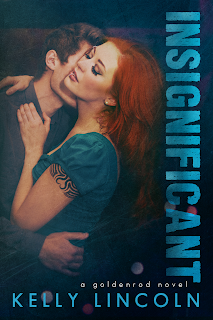 When Taylor was four years old, she became an orphan and her childhood spiraled into darkness. She spent years lying, hiding, and avoiding any love offered to her until she was old enough to run away from all the threats of her past.

Now twenty-two, Taylor doesn’t think she’s worth more than being the kind of girl a guy hooks up with in the back room of a bar after her band plays. She definitely isn’t the one you bring home to meet Mom and Dad.

An unlikely rescue puts her in Ethan’s sight. He’s her total opposite, though. Ethan is a sexy dork who sees beyond Taylor’s guarded exterior. He sees past the tattoos and piercings. He sees her.

But they both have secrets capable of destroying their relationship. And if Taylor’s past ever catches up with her, the consequences could be deadly.


Due to explicit language, sexual content, and dark themes, reader discretion is advised.