Cover Reveal: The Truth of a Liar by Cassie Graham 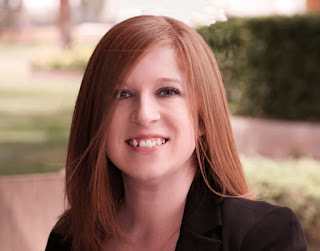 Cassie Graham is first and foremost, a wife and mother. She has one crazy daughter and a just as nutters husband that she loves dearly. She lives in sunny--all be it, scorching Arizona, where the summers are ridiculously hot and the winters are perfection. She'd pick winter any day.

Cassie went to school to be a teacher, but quit to become a proud military wife in 2010. During that time, she found her passion to write. Being a loud and proud choir girl in school, she needed another creative outlet and writing seemed like the perfect fit.

If Cassie isn't writing, she's more than likely cooking for her family or has her nose buried deep in a book. She finds inspiration in all things. Movies, music, and life fuel her characters lives, and she wouldn't have it any other way. 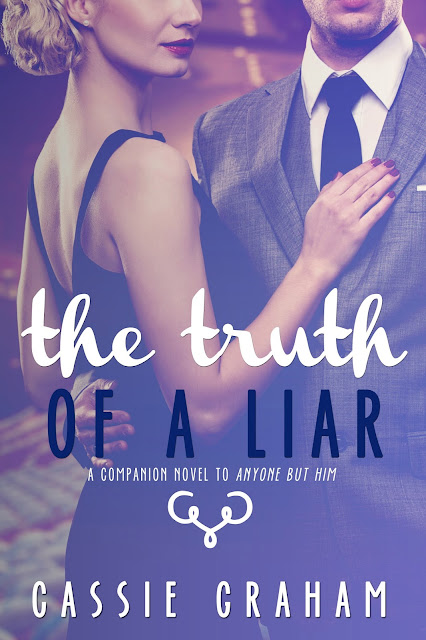 Excerpt from The Truth of a Liar:

It’s been almost ten years since I’ve come face to face with the person who ruined my one shot at going to my dream college, and even now, a punch in the gut seems more appropriate than an off-hand hello or kind pleasantries. But as I watch Lark look me over, I can tell he doesn’t recognize me. In the years since high school, I’ve lost forty-five pounds and straightened my teeth, not to mention, I’ve got a boatload self-confidence. I replaced the Old Rowan with a new shinier version.

Why am I the first to speak?

Lark clears his throat and motions for me to enter the room. I move past him as quickly as possible, making sure not to touch him in any way and stand at the head of the table. Three additional men stand as I enter the room, each giving me an earnest smile.

“Hello, Rowan,” a man with a thick British accent greets me with the twitch of his lips. He’s got animated features, his brown eyes big and playful. “My name is Liam Hunter, this is Chris Asher,” he says, pointing to a red headed man with a full beard, then moves to another man with opaque black hair and piercing golden eyes. “And Evan Carter.”

Is it now a “thing” for the FBI to hire hot men? They are all tan, muscular and unbearably good-looking. Lark included and that really pisses me off.

“We all know why we are here,” Liam states, getting down to business. “From now on, we’ll be your shadows. For the most part, you’ll only see Mr. Hawthorne or myself.” Great…Lark Hawthorne will be around me every second of every day for the next however many days? I’m so not okay with this.


“Life doesn’t always go according to plan. In fact, it has a nasty habit of veering off the map. So when my job led me to New York City, something extraordinary happened…her script merged with mine.”

ENTER STAGE LEFT-Rowan Townsend, a twenty-nine year old Broadway starlet, strolls onto the dark, ominous stage. The bright spotlight finds her and she smiles broadly, her body buzzing in anticipation.

Rowan
Serendipity is a funny thing, isn’t it? It jumps out from behind the bushes and offers an unbelievable chance at happiness. It’s hopeful and intriguing, and maybe even a little terrifying.

Lark
Rowan, what are you doing? We need to leave. It’s not safe here.

Rowan and Lark look out into the audience and a menacing shadow in the back of the theater catches their eyes. Her eyes expand in panic and he grips her hand tighter, offering reassurance.

Lark
It’s now or never. Are you ready? 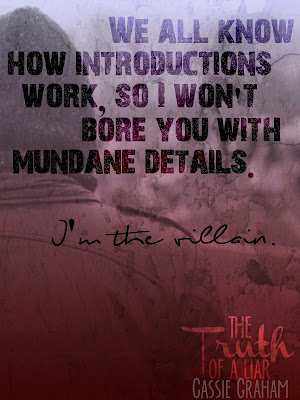 The Truth of a Liar Cover Reveal Arranged By Southern Belle Promotions.