I didn't begin writing until after undergraduate college. There'd been storylines and characters in my head all my life, but it came to a boiling point one day and I HAD to get them out of me. So the computer was booted up and I FINALLY felt it click. Writing is what I needed to do. After that, I had to teach myself how to write. I can't blame my teachers for not teaching me all those years in school. It was my fault. I was one of the students that was wishing I was anywhere but at school! So after that day, it took me lots of work until I was able to put together something that resembled a novel. I'm hoping I got it right since someone must be reading this profile! And I hope you keep enjoying my future stories.

“Kellan and Shay Braden, why is it always you two? And if it’s not the two of you, it’s your other two siblings. All the time.” Mr. Mirchak approached, shaking his head. “Who’d you fight this time, Kellan?”

I should’ve felt something, maybe remorse, but there was nothing. Matt had assaulted me. Kellan felt it and protected me. And if Matt chose to run away, then that was Matt’s decision. But still…I should’ve felt guilty.

Kellan drew to his full height of six one and squared his lean shoulders against the portly forty-something teacher. He shook his head. “Do you see anyone, Mr. Mirchak?”

The balding teacher shook his head. “I never see anyone, Kellan. That’s the problem. But I know that someone’s going to show up with a busted eye, maybe a shoulder. I don’t know, but there’s always something.” He turned away, but mumbled over his shoulder, “…too damn scared to say a thing…”

Kellan waited until the teacher had turned the corner before he flashed a smile. “What do you think?”

I rolled my eyes and kicked my locker open. “You didn’t have to hurt his jaw.”

“Right.” Kellan fell against the locker beside mine and studied me. “At least this way, he’ll shut up all the time. I’m getting tired of his mouth. The guy thinks he knows you too much. He doesn’t know anything.”

“Still…” I muttered as I bent inside to grab my book.

“Still,” Kellan mimicked me and yanked me out. “Why didn’t you do something, Shay?”

“Don’t. Not with me,” Kellan interrupted. “You could’ve stopped him long before I came around the corner. You knew I was coming. Why didn’t you stop him?”

“Maybe I wanted to hear his rhetoric on how hot I must be for him.”

“Don’t be funny, Shay. You’re not the funny one, remember?”

I smirked. “That’s funny. I don’t think that role’s been taken in our family.”

Kellan’s hand tightened on my arm. He pulled me closer and bent his head to my ear. “You always wait for me. Why?”

Maybe I couldn’t bring myself to do what he enjoyed. Maybe I liked knowing he’d always protect me or that someone would protect me. Maybe…maybe I enjoyed the sick pleasure knowing that someone like Matt could never really hurt me, though he didn’t know that fact. Or maybe…I whispered, “I don’t know, okay?”

I didn’t know. I had ideas. I had possible scenarios, but the only truth was, I could’ve easily broken Matt’s hold on me and I didn’t. 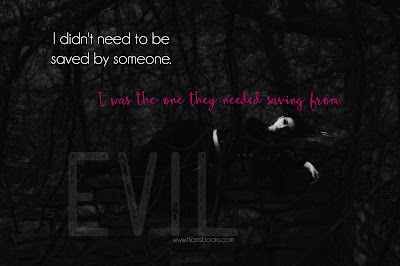 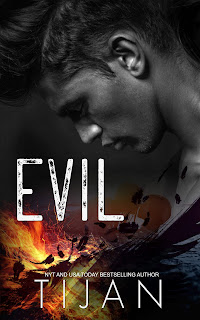 You know that group of people in school that everyone fears? Popular. Beautiful. The in-crowd?

That was my family. Kind of.

We were above that group. We held court over everyone else. We were the best looking. We were the mysterious and elusive ones. Most of the girls wanted to (and did) date the guys, but they didn’t want to be one of us. They couldn’t be. They were our prey.

We were the feared.

But like every family, nothing is as it seems. That was my truth.

Kellan was in his own league. He was our leader and he was the one no one messed with. No one dared. He was ruthless, powerful, and no one could match him…

I was about to find out just how different I was from my family.