Tara Hart writes romance stories for those searching for their happily ever after. Her new releases include No Angel – a new adult novel and Lost & Bound – a stand-alone read that teeters on dark romance.

Tara was born and raised in Australia. She currently spends her time traveling around Asia finding inspiration for her next story.

WARNING: This book contains disturbing situations, graphic depictions of rape, strong language and violence. It is appropriate for readers 18 years and older.

Excerpt from Lost and Bound:

It’s six o’clock. I know he’ll be home soon so I’ve settled back in the basement. Some days he comes straight down to check on me, other days he’ll eat first and then visit me after dinner. Sometimes he doesn’t come down at all. Those days are rare, but they’re what I hope for.

Today is Wednesday. He’ll be tired, but will have more energy than the previous two nights. He’ll probably expect something from me. Maybe a blow job, perhaps something more. I know his routine better than he knows himself and most importantly, I know it without him realizing.

I hear the front door close then latch. I listen for this sound every day. The sound makes me quiver, even after all these years. It signifies the end of my solitude and the beginning of the torment that will follow.

I listen for his footsteps, his rubber soles hitting hardwood floors. The steps become louder and louder until I hear the basement doorknob turn.

Today he’s coming straight to see me. I take in a breath as his heavy footsteps descend the flimsy wooden staircase. He heads straight toward the bed where I am huddled, the bedside lamp the only glow in the otherwise dimly lit room.

“Good evening, precious,” he purrs and my skin instantly crawls from the sound of his voice. He pauses for a moment and then let’s out an exaggerated sigh. “Aren’t you going to say hello?” His tone tells me to comply.

I keep my voice even, void of any emotion. “Hello.”

The bed dips as he takes a seat on the edge and reaches for my bare foot. He runs his fingers along my skin and I fight back the urge to kick him in the face.

I used to be ticklish and no one could come close to touching my feet. It’s amazing how captivity can change things about a person. It can quash any quirks you used to have and make you feel nothing at all.

He reaches for my right foot and brings it to his lap, gently pressing each toe between his thumb and forefinger. I don’t know if this is supposed to be a turn on, but it’s not. Nothing this man does ever turns me on.

I stare at Osborne as he begins to massage the balls of my feet, repeating the same kneading motion with gentle pressure. I don’t know why he insists on touching my feet, I hate it and I hate him.

He stops massaging and runs a hand through his hair. Hair that was once brown, but now the grey is threatening to taking over. I wonder when I last looked at him. I hadn’t noticed the change in his hair color until now.

Osborne looks up at me, his eyes wrinkled at the sides.

“Have you been a good girl today?”

His lips form a subtle smirk. I hardly ever see him smile. The expression unsettles me.

“Answer me, Emmy,” he commands.

He runs his fingers along his chin, the overgrown stubble brushing against his fingertips.

“We have a party on Friday night,” he tells me.

I squeeze my eyes closed. Another party. I feel the tears pool in my eyes, but I blink them away.

“Rosa will be here tomorrow to help you get prepared.”

I pinch the bridge of my nose, determined not to let the tears fall.

I open my eyes hesitantly. “Nod if you understand me.”

I nod my head once and he smiles, but it fades instantly.

I waver slightly before opening a gap in my robe.

He draws in a deep breath in anticipation. It’s a disgusting sound that makes me want to gag. The air whistles between his teeth and then a low groan escapes from the back of his throat.

“There it is,” he says as the robe falls from my shoulders and onto the comforter.

His eyes assault me, focusing on my cleavage and then my naked crotch.

He loves this look, he tells me every time. He loves me in red.

“Beautiful,” he slurs the word as his hand reaches up my leg.

Just when his finger reaches the apex of my thighs, the doorbell sounds. It’s faint but we both hear it, causing Osborne to snatch his hand away.

My eyes snap open. He’s already standing at the foot of the bed, looking toward the staircase.

He rushes upstairs and quietly closes the basement door behind him.

I hear his footsteps hurry toward the entry foyer as I sneak to the top of the staircase, listening for voices. I jump in surprise when the doorbell rings again. This isn’t normal. On Wednesday’s we don’t have visitors. 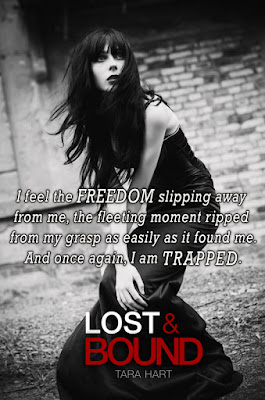 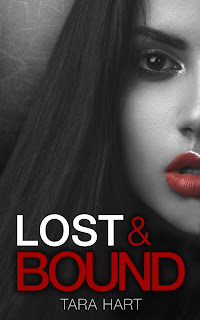 The little human contact I receive is not what I crave. It's not a friend’s comforting arm or my mother’s swift kiss. It's rough contact—forced, and familiar for all the wrong reasons. I don’t want him there, but I’m powerless to stop him. He says that he owns me and that I am his.

“Emmy,” he calls me. That’s not my name, but as more time passes I’m starting to forget things.

What is my name? Where am I from? Who was I before I came here?

That’s how long I’ve known Callum, and already, I trust him with my life. I was so sure I would never crave another man, but he challenges everything I thought I knew— everything I felt.

He says that he’ll save me. I believe him.

He calls me “Leila.” It sounds like a name that belongs to me and it reminds me of a past I was starting to forget.

The escape is planned and my fate is in his hands, but if this doesn’t work, what will become of me?