I'm happy to have an interview from Suzanne Selfors at Read My Mind today. Selfors is the author of several YA novels, including SAVING JULIET and COFFEEHOUSE ANGEL. Her newest release, MAD LOVE, out now from Bloomsbury Publishing, mixes the contemporary sensibility of a modern teen, with the mythology of the Greek/Roman gods. See my 3 star review on the blog, here.

RMM: Tell me a little about yourself and your book.
SS: I live in an old farmhouse on an island in the Pacific NW. I have a couple of great kids, some pets, and an airline pilot husband. I held many different jobs before I summoned the courage to try my hand at fiction writing. I was 39 when I started my first novel. I'm older now.

Mad Love is my 3rd teen novel. It's a dark quirky book that doesn't fit easily into a category. It's funny, it's moody, it's weird, it's all about love in its many colors and shapes.

RMM: How long was the journey from the idea to the physical book?
SS: Too long. Really, really, really too long. I started it years ago as an adult book, shelved it, then decided to rewrite it entirely from a teen POV. It took me a good year to revise. That may not sound like a long time to some of your readers, but I'm writing two books a year right now, so it gummed up the works for bit.

RMM: It does seem like many YA authors (and actually authors in general), are now writing more than one book at a time. It seems like it might be hard to keep the story lines from bleeding into each other, but I've been impressed by the material that some of the authors who have one YA and one adult release per year produce.

Who is one person that helped to inspire you to write your book?
SS: My daughter Isabelle is a huge inspiration. She was 14 when I was revising this book, and she read each chapter and acted as my cheerleader.
RMM: She sounds like the perfect audience to have as a beta reader!

A little more on your characters. Which was the hardest to bring to life on the page? The easiest?
SS: Every character is difficult. That's the truth. There are so many things to consider when creating a new character, from appearance, to dialect, to emotional reactions. It's a challenge every time. 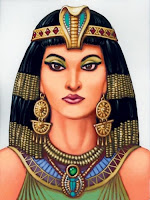 RMM: If you were a biographer, who's life would you choose to write about? (not your own!)
SS: I'm intrigued by Cleopatra. I read a recent article that showed her in a whole new light. She was so much more than just the seductress that we see in movies. She was a very powerful woman.

RMM: I want to hear your elevator pitch!
SS: Picture this: The daughter of a famous romance writer meets a boy who claims to be Cupid, but this just might be his last life and he needs her help writing his love story.
RMM: That would definitely intrigue me, if I was hearing about MAD LOVE for the first time!

Sun and sand or hot chocolate and a fireplace? Cocoa and fireplace

And finally, Why write YA? Because the publisher keeps asking me too. I'm so lucky!

Thanks so much, Suzanne, for taking the time to answer a few questions. Also, thanks to Bloomsbury Publishing, who provided me with a review copy of MAD LOVE. Here's a little more about Selfors February release. It's the perfect read for the month that includes Valentine's Day!

Mad Love
When you're the daughter of the bestselling Queen of Romance, life should be pretty good. But 16-year-old Alice Amorous has been living a lie ever since her mother was secretly hospitalized for mental illness. After putting on a brave front for months, time is running out. The next book is overdue, and the Queen can't write it. Alice needs a story for her mother—and she needs one fast.

That's when she meets Errol, a strange boy who claims to be Cupid, who insists that Alice write about the greatest love story in history: his tragic relationship with Psyche. As Alice begins to hear Errol's voice in her head and see things she can't explain, she must face the truth—that she's either inherited her mother's madness, or Errol is for real.